Earlier this month M and I did something very unusual for us – something social involving strangers! You have no idea how far out of our comfort zone this was. To add to the nerve-racking adventure, we took the train! That’s nothing to me, but taking public transportation raises M’s danders and defenses. It was a quiet ride until we reached Rottenburg and a gang of middle-aged Volksfest-goers got on. They were loud, shrill, wearing Dirndl and Lederhosen, and clearly heading for a good time.


The event we were going to join was Scott Kelby’s Worldwide Photo Walk. This has been going on for 11 years, but I only recently heard about it. In mid-August Kelby announces the walk and opens his site for registrations, and the walk takes place on the first Saturday of October. Volunteers who are interested and willing apply to lead a walk – in any city in the world! – and then people can sign up to join them. For a while the closest one to us was in Ulm, but more recently a walk in Tübingen popped up. That’s a mere 40-minute train ride from our village, so we signed up! 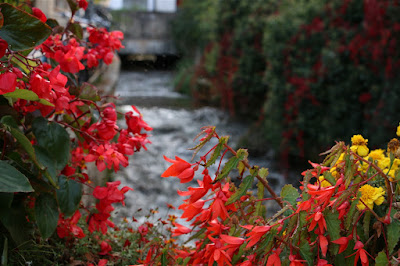 What’s the point? You can go to this FAQ page for lots of information I don't need to repeat here. Basically it’s an opportunity for folks interested in photography to meet each other, get together, talk photography, and take pictures while ambling through a town or city. The advanced version is to try to take pictures that tell a story of some kind. This is going on in cities all around the world on the same day. Something worldwide and peaceful - imagine being a part of something like that!

At the end of the walk the group may decide to go together for a meal or drinks, and a few days later there is an optional contest for walkers to submit their best photo. The photo must be one taken during the walk, though - submitting one from a different day or even time of day that you like better is cheating! All the photos in this blog post were taken during our walk, even though I have hundreds of other pictures from Tübingen, many of which are better than what I took that day.


This year there were 932 walks and 17,464 walkers registered around the world!

We were a group of six: 2 Germans, 3 Americans, and a Brit! We all had DSLR or mirrorless cameras (though there’s nothing that says you can’t do a photo walk with just your smartphone). We were a rather eclectic group, and we got on well together. I guess you never know with a group – there’s usually “that one guy” who is annoying, or “that one woman” who won’t stop talking… But this was not the case for us! At the Brauerei at the end we exchanged contact information and agreed to stay in contact. 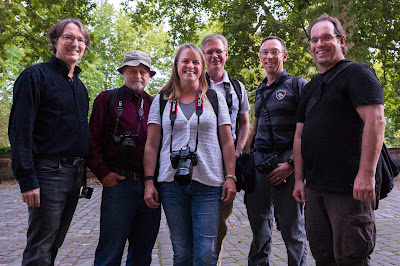 We all took general photos of the corners of Tübingen our leader, Frank, took us to and through, but also went for artistic shots of bicycles, benches, baskets, and Blumen (flowers). And although I thought I had already seen most of the pretty spots in Tübingen, Frank, who has lived there since his college days, showed us places unfamiliar to me! 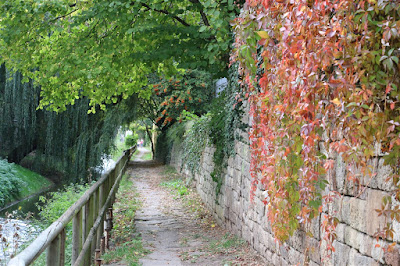 One of our group, Jim, writes a photography blog in which you can see his creative photos, how he sets them up, and the settings he uses. His portfolio is impressive as well - and less reading for those who just want to see great photos! Frank does photography at mainly concerts on the side of his "day job," and he had some tales to tell about that scene! James also has a website of his photography and the services he offers. James took a class from the great Ansel Adams years ago and shared some of what he learned from him with us as well as some stories. When he first shared that, this was me: "Wait...You met ANSEL ADAMS?!?" What a dork (me, not Ansel). 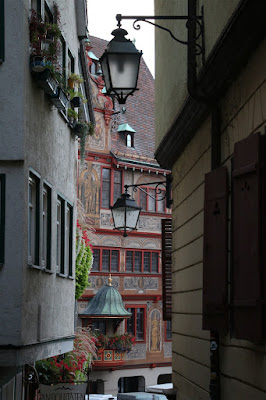 Looking at truly exceptional photos taken by real people I've actually met has rather inspired me to finally really learn how to use my camera rather than stumbling around and hoping for the best, and to get around to becoming comfortable with Light Room / Photoshop. I am going to do this! It's long past time for me to stop handing my memory card to M and asking him to tweak a photo for me... 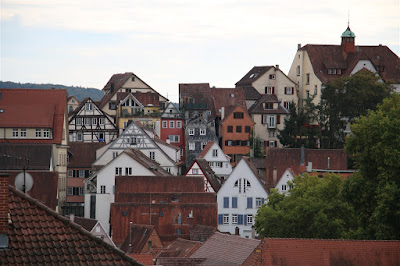 Although we were only 6 walkers*, we got quite some looks from people sitting in the Straßencafés as we passed by with our big cameras, long lenses, and tripods. Since most common folk are content with their smartphone photos, they tend to think people with cameras like ours are journalists. I've been asked more than once which newspaper I'm with, and it always makes me grin. If they only knew how clueless I am...
*My son tells me the zombies in "The Walking Dead" are also called "Walkers"!


Before we left for Tübingen I wrote to my dad in Wisconsin and told him what we were up to. When he woke up he got online and found a walk registered about an hour from him. From his description the experience wasn't quite like ours. but he's glad he did it.
We're already talking about next year. Esslingen just screams, "DO A PHOTO WALK HERE!!!", and I proposed to my dad that it might be kind of fun to add a sister-city twist to the photo walk. So M and I organize a walk in Esslingen, my parents do one in Sheboygan, and we share that as a sister city activity. Schau'n mer mal. We'll see.

After I earn my Falknerschein, then wouldn't it be cool to organize a "Worldwide Photo Walk with a Hawk"?!? Yeah, I'm full of ideas.

In case you read this far, here are my tips for participating in Scott Kelby's Worldwide Photo Walk:

What do you think? Would you do a Photo Walk? What about next year?
Next worldwide walk: Saturday, October 5, 2019 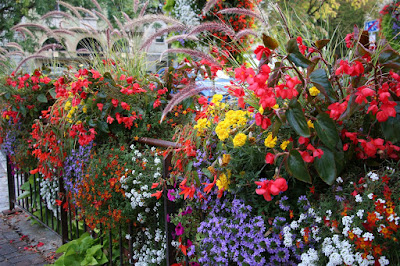