Today is Dreikönigstag, Epiphany, and the 12th day of Christmas, which signals the end of the Christmas holidays here in Germany.  Tomorrow school and work resume.  In the States, for the most part, school and work resumed on Jan. 2 - as soon after New Year's Day as possible.  Then again, the Christmas season in the U.S. started right after Thanksgiving (if not before), which was Nov. 22 this year.

On Dreikönigstag here in Germany, groups of children called Sternsinger go from house to house dressed in kingly costumes and carrying a lighted star. Our lads wore VfB Stuttgart hats instead of crowns, but we'll leave that alone. They sing a song, recite a poem about the three kings, write a blessing on the door frame, and collect a donation for a charity. This year the money raised goes to children in need in Tanzania.  People whom they visit may also give them a treat - some chocolate, candy, etc. - to give them energy to carry on through the day and evening. 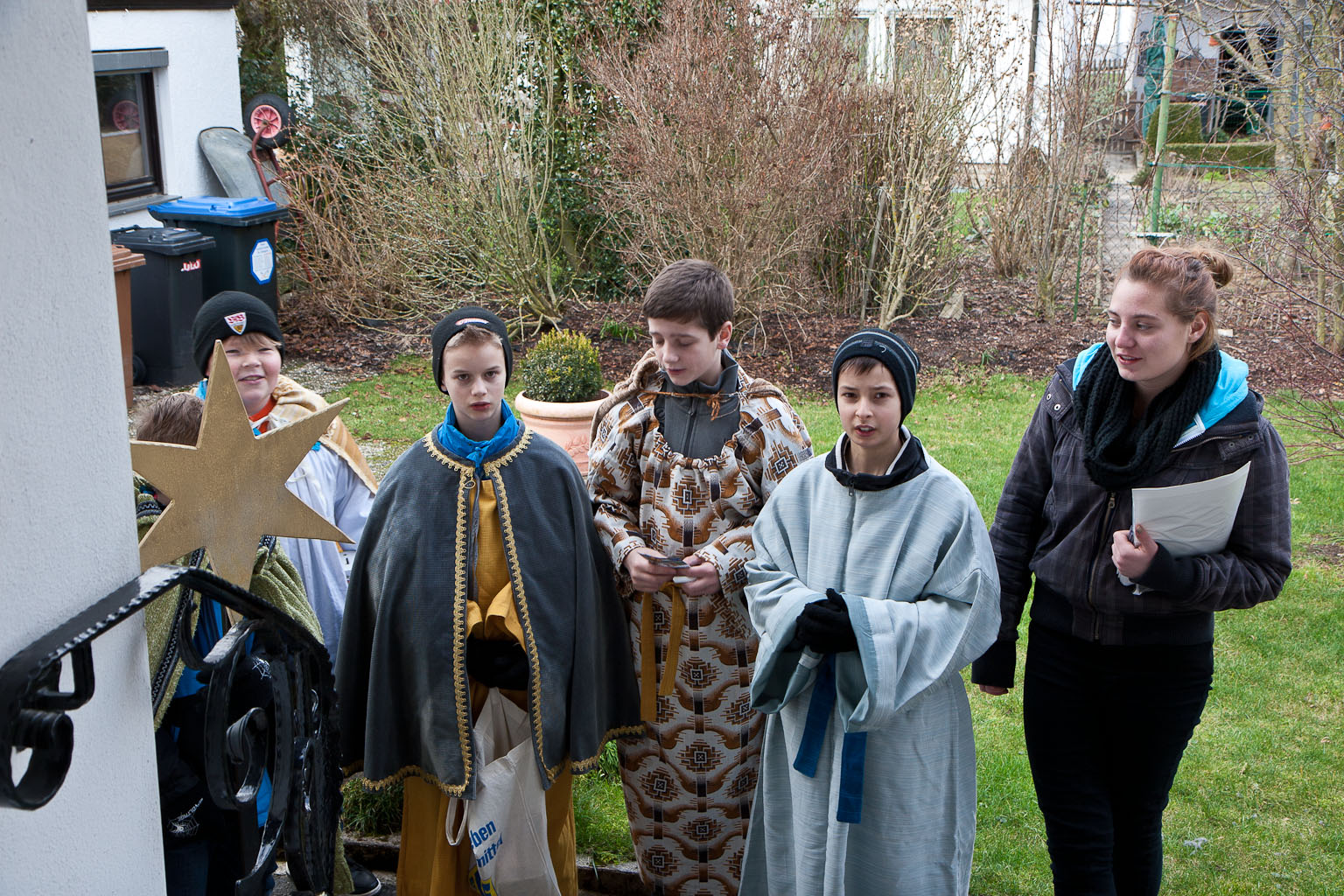 The blessing they write on the door frame is (this year) 20*C+M+B+13.  Each piece of the blessing has a meaning.
20...13 is the current year.
The * represents the Star of Bethlehem.
C M B stands for Christus Mansionem Benedicat** ("Christ Bless this House" in Latin)
The three crosses represent the trinity.

**It is a common misconception that the C M B stands for the intials of the names of the three kings, which coincidentally are Casper, Melchior, and Balthazar.

The blessing stays on the door until the next Dreikönigstag, when the entire blessing is wiped off and rewritten for the new year. 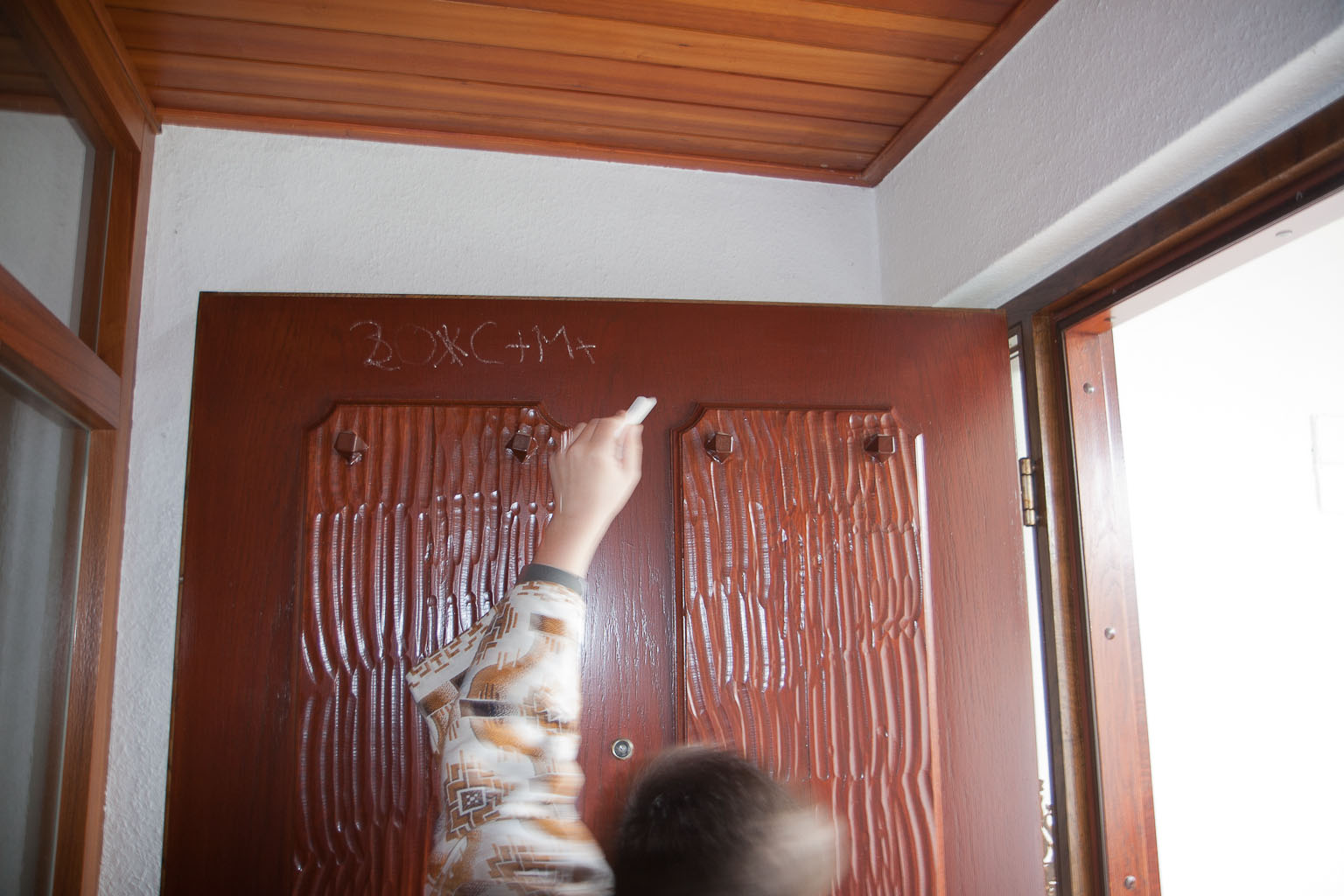 After the Sternsinger leave, it's time to take down Christmas. The decorations go back into their boxes, the tree branches get cut off and placed over garden plants to protect them against the cold, the tree trunk gets chopped up and put in the garage to use for firewood in 2 years when it's dry (because nothing gets wasted or thrown out in Swabia!), and in our case the Department 56 Alpine Village houses and people get packed away until next December.

It's been a lovely first Christmas here in Bildechingen, and I'm sorry to see it go.  But now it's on to the new year and the adventures it brings!
Posted by Ami im Schwabenland at 20:29 No comments: