I haven't written much lately because I'm busy with teaching and failing at keeping the homestead in good shape. I've had things to say/write, but little energy to write them well, so instead I spend my evenings creating lesson plans and worksheets, reviewing the passive voice, and lying on the sofa with my cold fluffy pillow watching "the Mentalist" or "Big Bang Theory".

However, as always there were highs and lows this month, and I like reflecting at the end of the month on what's been going on - especially the positive things. 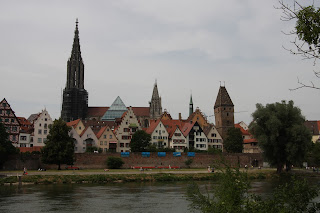 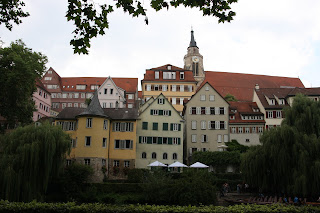 
Since I don't like ending with negative things, I will close with this fat little brown bunny with floppy ears (Schlappohren) in a teacup. 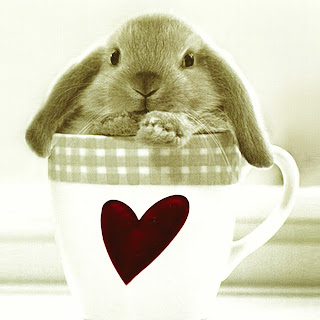 Have a great August!!
Posted by Ami im Schwabenland at 10:11