M and I decided to brave the Saturday grocery store crowd yesterday because we needed just a few things and wouldn't even need a cart to navigate through the slow-moving hoards. I remembered we were low on Toastbrot, so I grabbed a loaf. I've written about German bread before, as most expat bloggers have, but today I want to write about American bread as Germans see it.

Toastbrot is the processed, packaged-in-plastic bread that has a shelf life of about three weeks and is really only good for making...well, toast. It comes in white or wheat varieties, the slices are 9 cm (about 3.5 inches) square, and they fit nicely into the toaster. No self-respecting German would eat that bread "raw", though this is the closest to what Americans normally use for sandwiches. Its quality is a bit better than Wonderbread®, but eaten raw it still sticks to the roof of your mouth.

Germans have this idea that everything in America is BIG. I wonder how they got that idea... Anyway, this is Toastbrot marketed for the benefit of visiting Americans, complete with American flag design on the packaging to draw us in:


Why is it American sandwich bread? Because it's....50% bigger than regular German Toastbrot. These huge honkin' slices of squishy packaged bread are 11 cm by delicious 11 cm of good ol' processed American goodness. The package says a special dough is used to keep the bread extra soft - just like Americans like it. 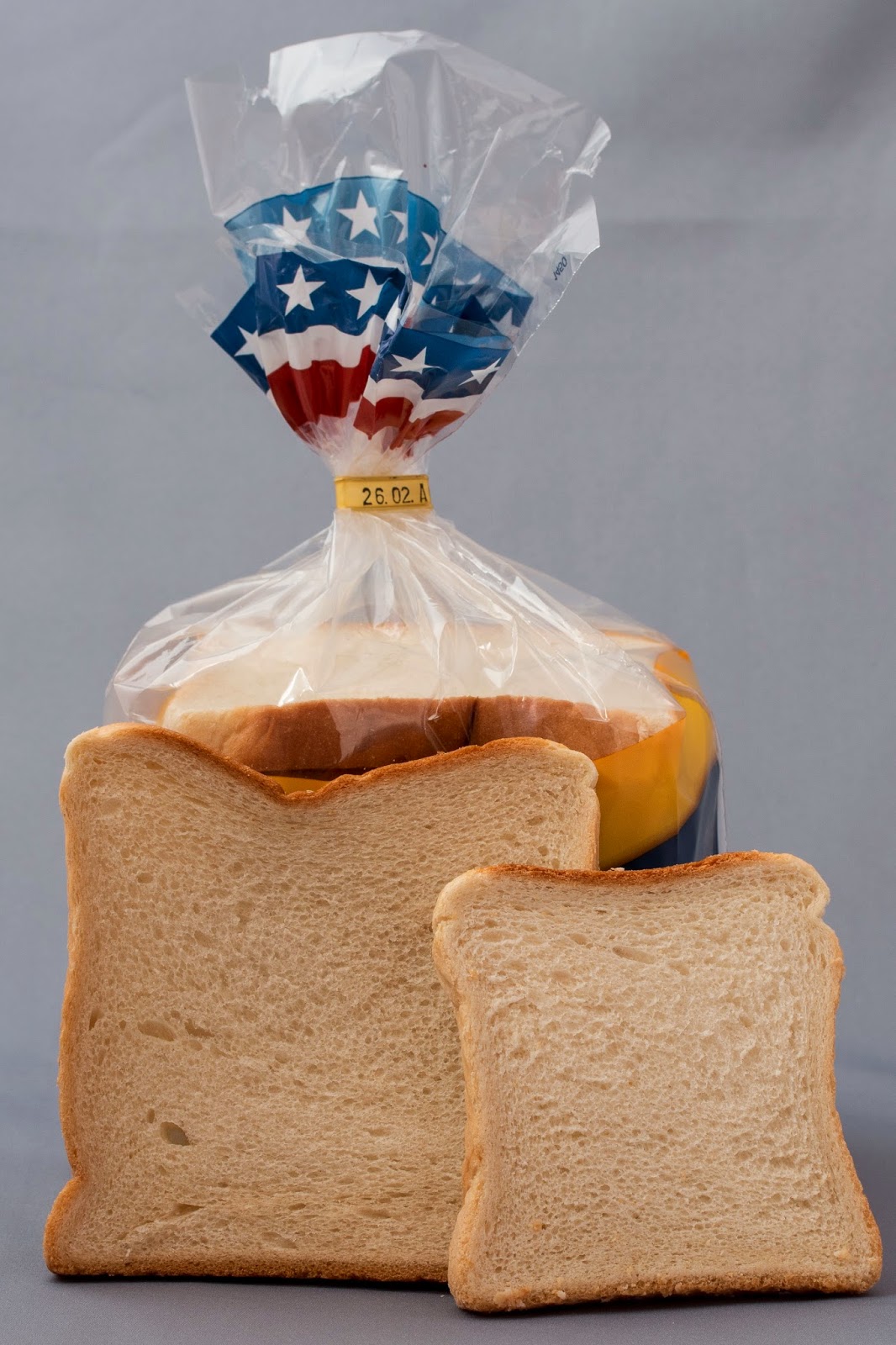 Here you can see a slice of the little German Toastbrot next to the big mother slice of American sandwich bread.

And it's not just a false perception of Germans. I bought this bottle of cold medicine in the U.S. last time I was there, but only noticed the "50% bigger" label the other day. Wait, this is medicine. "Bigger" medicine? Didn't they mean 50% more effective? Nope. Just bigger. As in this 8-ounce bottle is bigger. 50% bigger than what? Read the fine print.


This bottle contains 12 ounces - not just 8! - of near-coma-inducing elixir. It tastes like shit (though with a little imagination the green flavor can taste vaguely like ouzo), but a dram of this and I can only hang on for about 24 minutes before I'm out cold for the rest of the night. Despite her many faults, America does know how to do cold medicine.

Back to the BIGASS AMERICAN sandwich bread, in trying to figure out what to do with all this Toastbrot I bought, I decided I could make french toast (Germans call that Armer Ritter, or "poor knight") for brunch this morning. I haven't made that in a coon's age, and I have all the ingredients I need including maple syrup, which is totally uncommon here (it's too sweet for the Germans). The only trouble is that I'll have to squish or cut the American sandwich bread to fit two pieces into my German pan.