Yesterday when I took the photo for Wordless Wednesday, I realized I had another topic for a blog post, courtesy of Procter & Gamble, makers of Vicks® products for colds - VapoRub, Nyquil, etc.

If you'll notice in the picture below, the little green symbol identifying Vicks® is the same on the two products, one purchased in the U.S., and the other purchased in Germany. 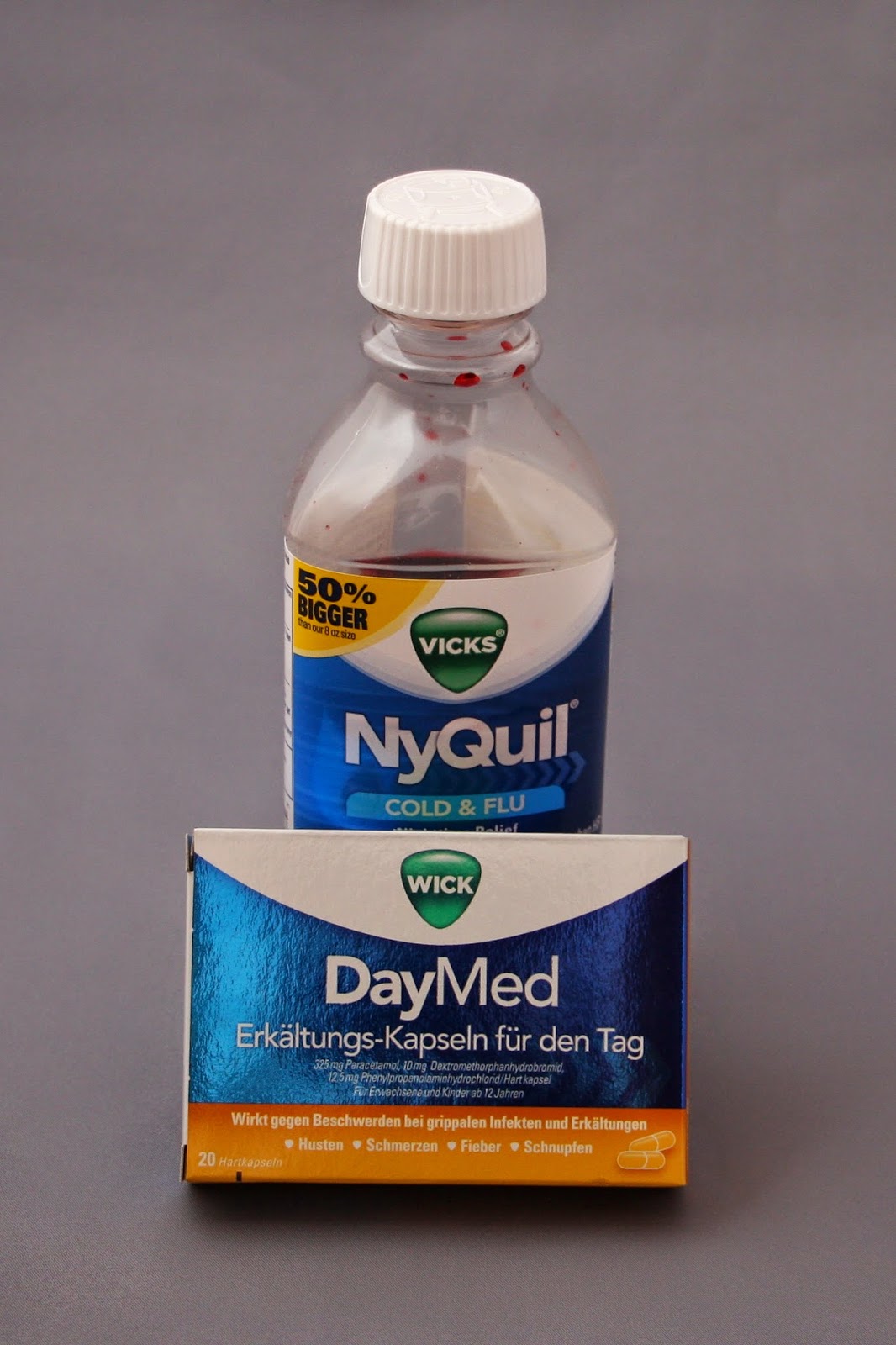 But if you zoom in (click on the photo) you'll notice the product name in the little green symbol is different on the box of pills sold in Germany. It says "Wick" instead of Vicks®. Why is that?

First of all, the V in German is pronounced like the English F. So Vicks would be pronounced "Ficks." Not a big deal, right?  Well, "ficken" is a vulgar German word for "to fornicate," and I'm guessing the Procter & Gamble Powers that Be decided a product thus labeled would not market well here.

So they went with the change from V to W (Vicks to Wicks), but here we have another problem. The W in German is pronounced like the English V, so we should be back to the English name for the brand, "Vicks". True, but this also presents a problem because "Vicks" is too close to the German word "Wichser," which is equivalent to the British "wanker," or the verb "wichsen," which is "to masturbate." So they dropped the -s, changing the brand name to Wick - pronounced "Vick" over here. Close enough, and far less potentially controversial than the other options.

I would have loved to have been a fly on the wall during the meeting of the marketing team of Procter & Gamble the day they discussed what to call Vicks® VapoRub on their product packaging in Germany...

"This is critical, folks. We can't screw this one up! If our customers rub this stuff on the wrong body part(s), there will be hell to pay."


**Disclaimer: I'm just makin' this shit up - I don't really know the story behind the changing of Vicks to Wick. But what other explanation could they have, right?  :-)

Update: That IS the reason! M looked it up, and sure enough, in Germany the name Vicks was changed to Wick "to avoid sexual connotations." I just explained the issue with a little more detail.
Posted by Ami im Schwabenland at 14:45