Germans...they have a saying for everything! At least my husband does.

The other day I sighed in frustration because I had gone down into the basement to get something, but forgot what I went to get by the time I got down there. This happens to me way too often. I stood there for a moment hoping I'd remember, but didn't. So I went back upstairs, went into the kitchen, saw my coffee cup and remembered I'd been headed to the pantry to get a new pack of coffee beans.

At my sigh, M asked, as he often does, "Na, was fällt dir so schwer?" ("What heavy burden has fallen upon you?")*. I told him my First World hardship of having made a wasted trip down and up the stairs and now needing to trudge back down again because I remembered the coffee. He replied,

I asked if he makes this shit up on the fly, or if he has an endless store of adages and idioms just waiting for opportunities to be used. Turns out it's the latter. 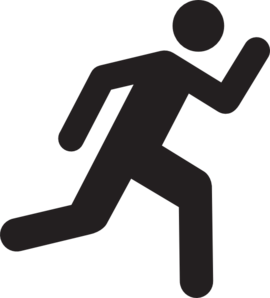 *It really just means "What's wrong?" in response to someone making a frustrated sound, but of course it's so much more poetic than that.
Posted by Ami im Schwabenland at 10:31