In the News II

Several gems came up this week in both the newspaper and on an alternative news program we watched on Saturday evening. 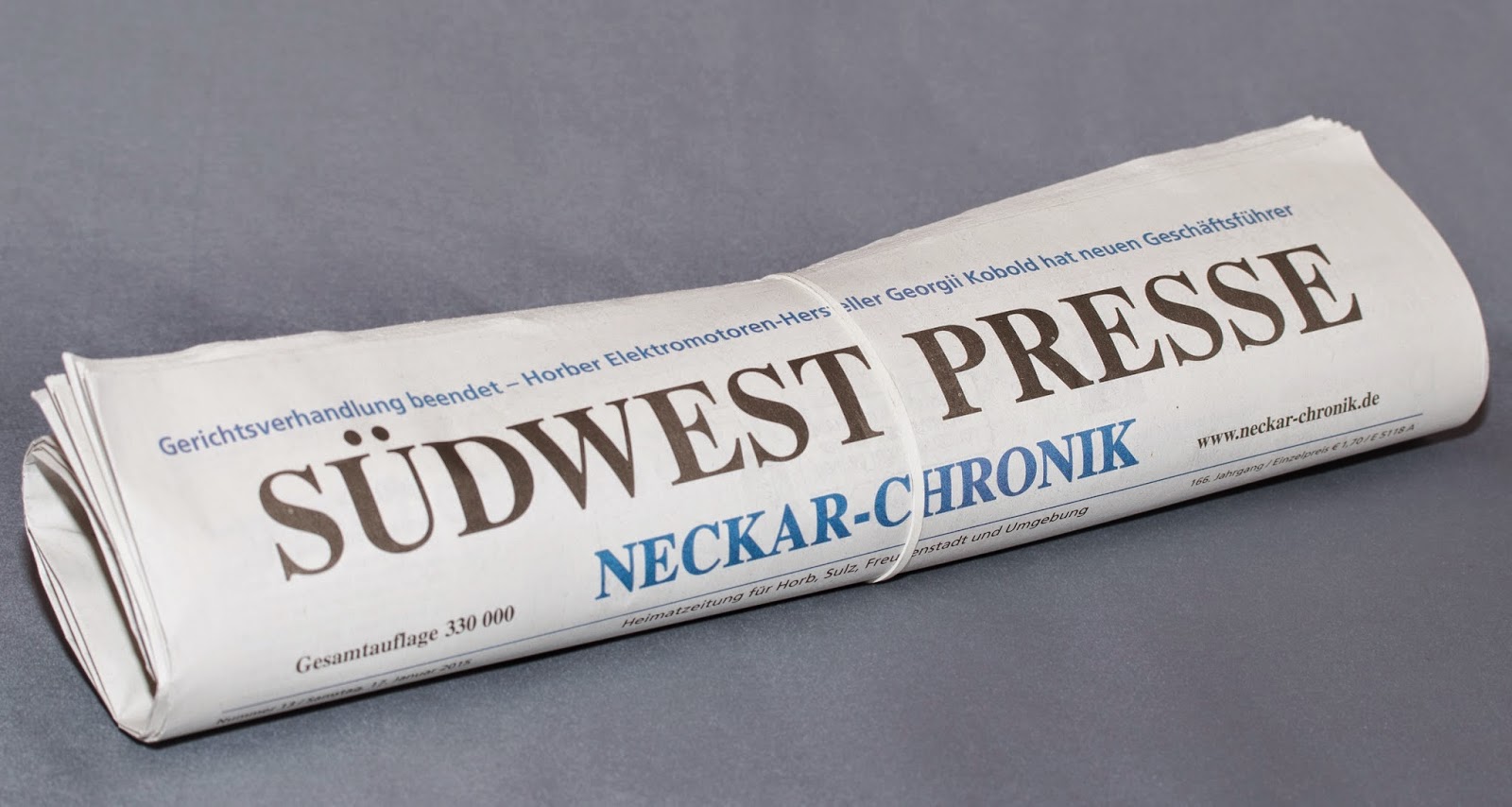 First, from the local paper on Wednesday, 21. January...

A truck driver near Bingen in Rheinland-Pfalz turned around on the Autobahn-60 to go in the other direction because his GPS instructed him to "Bitte wenden" ("Please turn around"). The Highway Patrol reported that no one was injured - it's probably a good thing the incident happened during the night. An on-duty police officer happened to see the manoeuver and pulled the 42-year-old driver over shortly afterward. He was not drunk, but rather just blindly trusted his GPS (called a Navi over here).

Under supervision of the police, the driver turned his truck around, but during this manoeuver he bashed into a guard rail and caused €1300 in damage.

*The Germans have a word for a person who drives the wrong way on an Autobahn, road, or street - Geisterfahrer, which can translate to "ghost driver." This is unfortunately a somewhat common accurance, according to the frequency of such reports in the newspaper and on the Verkehrsfunk.

You know this one had to come from the U.S., and I'm not making light of it. I find these reports tragic and absurd.

A young boy in Elmo, Missouri shot and killed his nine-month-old brother with the loaded 22-caliber pistol he found lying on a bed in the home. He picked up the pistol, shot it, and the bullet hit the baby, who lay in a playpen, in the head. No charges will be filed - of course not against the boy, but also not against the parents - because in the U.S. there are no regulations regarding proper storage of loaded or unloaded weapons. It's perfectly legal (though a little stupid) to leave a loaded gun lying around anywhere in one's home whether small children are present or not.

But to end on a positive note...

You've heard of Airbnb, right? People who have unoccupied apartments or rooms in their homes can register with Airbnb and rent the space to travelers, often for less than what a hotel would charge. I haven't tried it out yet but want to and know of plenty of other travel bloggers who have used it repeatedly.

Well! Now there's an app called Airpnp for people who are out and about and find themselves in urgent need of a toilet. The original idea was mainly intended for women, but anyone can use it. Those with toilets to offer register with the site and indicate how much they charge for use, and travelers who find themselves in sudden, urgent need can use the app to find the nearest private toilet. Some charge $1 or more, but believe me, I myself have been in a state where I would have happily paid more if only I could find a pleasant place to...uh...sit for a few moments.

Although the program did specifically mention a few Airpnp spots in Stuttgart, the app doesn't yet have a big following in Germany. In the Netherlands and Belgium, however, there are tons of people offering their loos for hire.  The idea will probably never catch on in the U.S. because there are public restrooms all over and in pretty much every store. Besides that, except in the big cities people are rarely about without their cars, with which they can easily get to a place with a restroom.

What's been in your news?

Posted by Ami im Schwabenland at 19:19

Email ThisBlogThis!Share to TwitterShare to FacebookShare to Pinterest
Labels: Driving, in the news, travel