If you're not a new reader, you know I love the town of Esslingen am Neckar. It's like a second home to me and visiting never gets old. It's a beautiful town no matter the season, but the Christmas and Medieval Market is truly something special. I don't need to go into all the special exhibits, activities, features, programs, booths, and entertainers, because there is a very thorough website explaining everything you could want to know about what there is to see and do there. My Schwiegermutter and I did the English translations of the updated version of the site earlier this year!

When my daughter and I arrived this morning we met my Schwiegermutter and headed straight to the Weihnachtsmarkt with a brief stop at the bank and Karstadt (Esslingen is GREAT for shopping in general!). We meandered through the Christmas Market seeing many familiar stalls and making mental note of where we would return later. 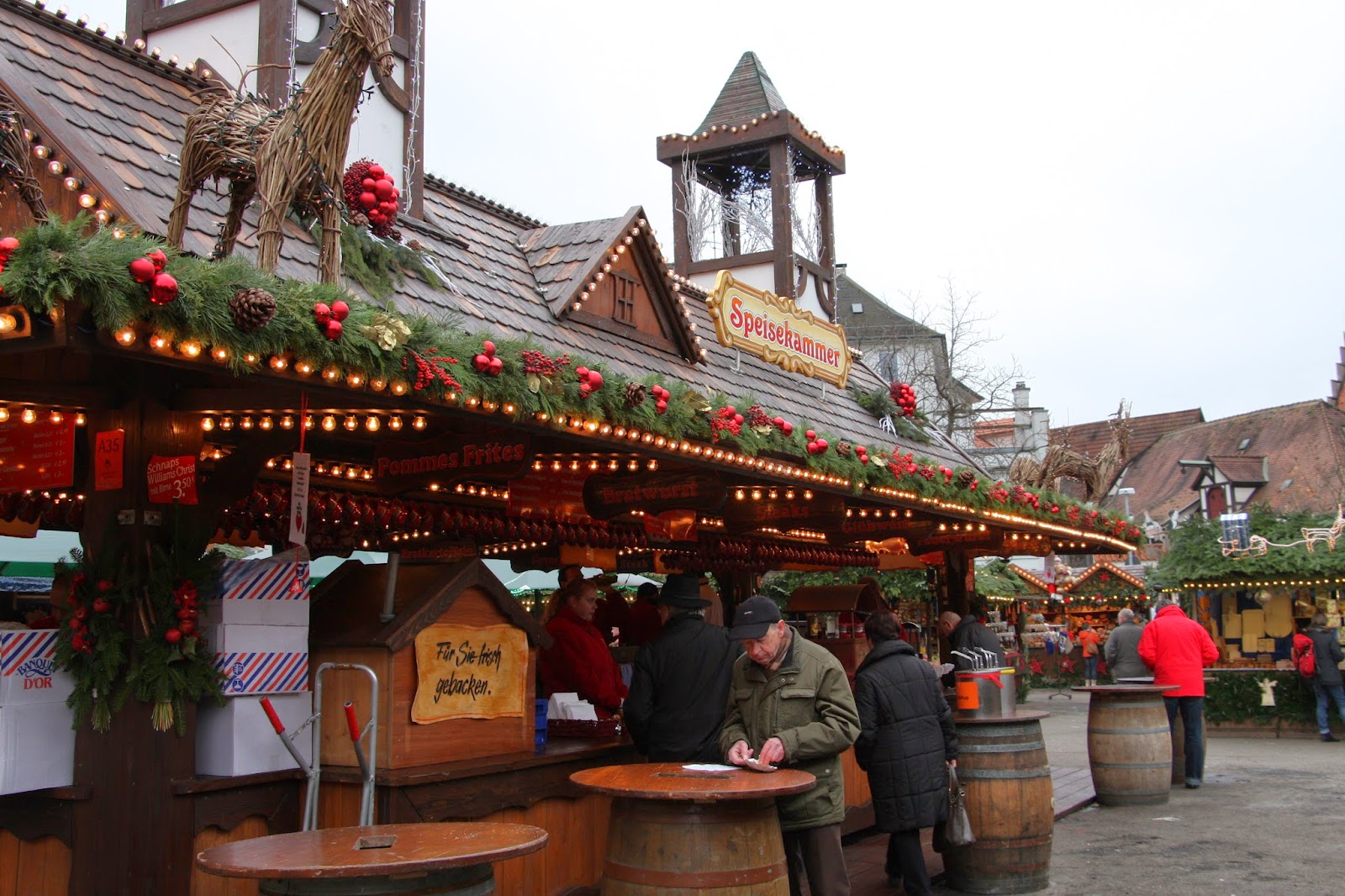 Then we went to the Mittelaltermarkt, which is good splendid fun! The vendors and entertainers are all in costume, and I know it's early in the season, but every one of them seemed to be thoroughly enjoying their roles. They speak a combination of the local Schwäbisch dialect mixed with old German (but switch to oldish English when they hear the American or English accent so common among visitors). Don't neglect to pick up a brochure, which includes not only a map and guide, but also a language chart translating common phrases from Hochdeutsch into Mittelalter-Deutsch. It even gives you phrases you can and should use with the vendors!

Those who interacted with groups of children did so expertly, drawing them in and explaining town life in the Middle Ages, getting them involved in games, and demonstrating various crafts.


Ok, I'm sorry - I know the following picture isn't great, but the scene was so gorgeous I had to include it. This is a very old ferris wheel for small children. They sit in pairs in the little baskets, and for the pairs that don't weigh enough to keep the wheel turning smoothly, the attendants put sacks of sand in the basket with them. I nearly died from the cuteness. 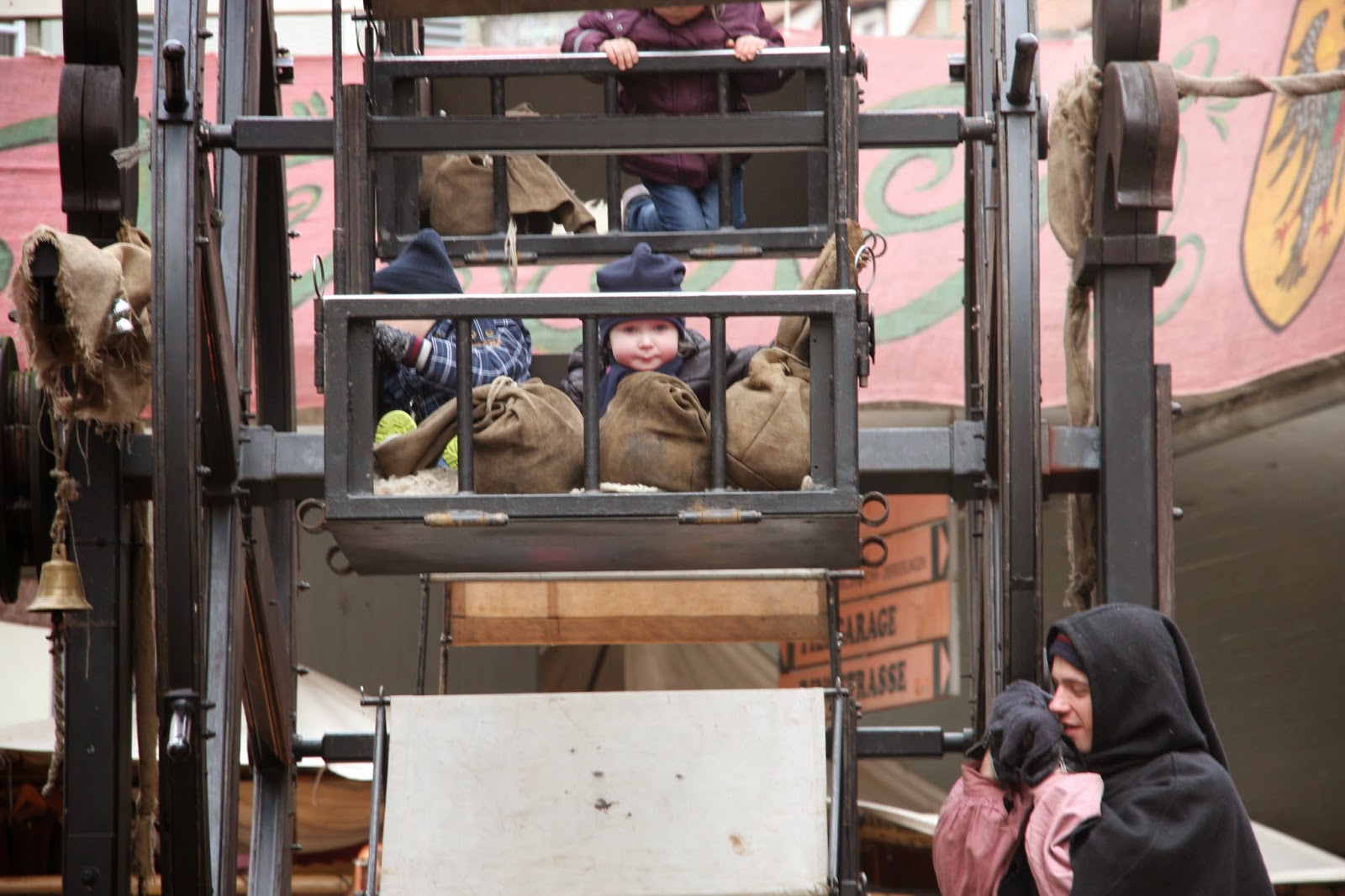 Entering the Hafenmarkt I was accosted by a charming woman selling Pflaumentoffelglühwein (mulled spiced plum-flavored wine?), who lured me to her stand with a free sample, which of course I gladly accepted. It was sweeter than I prefer, but tasty enough, so I paid for a full cup and promptly burned the tip of my tongue. My Schwiegermutter had a cup of her Zimtapfelsaft (warmed cinnamon apple cider), which she enjoyed.

Then we went on through the Mittelaltermarkt to explore the booths.


And because I love dogs... 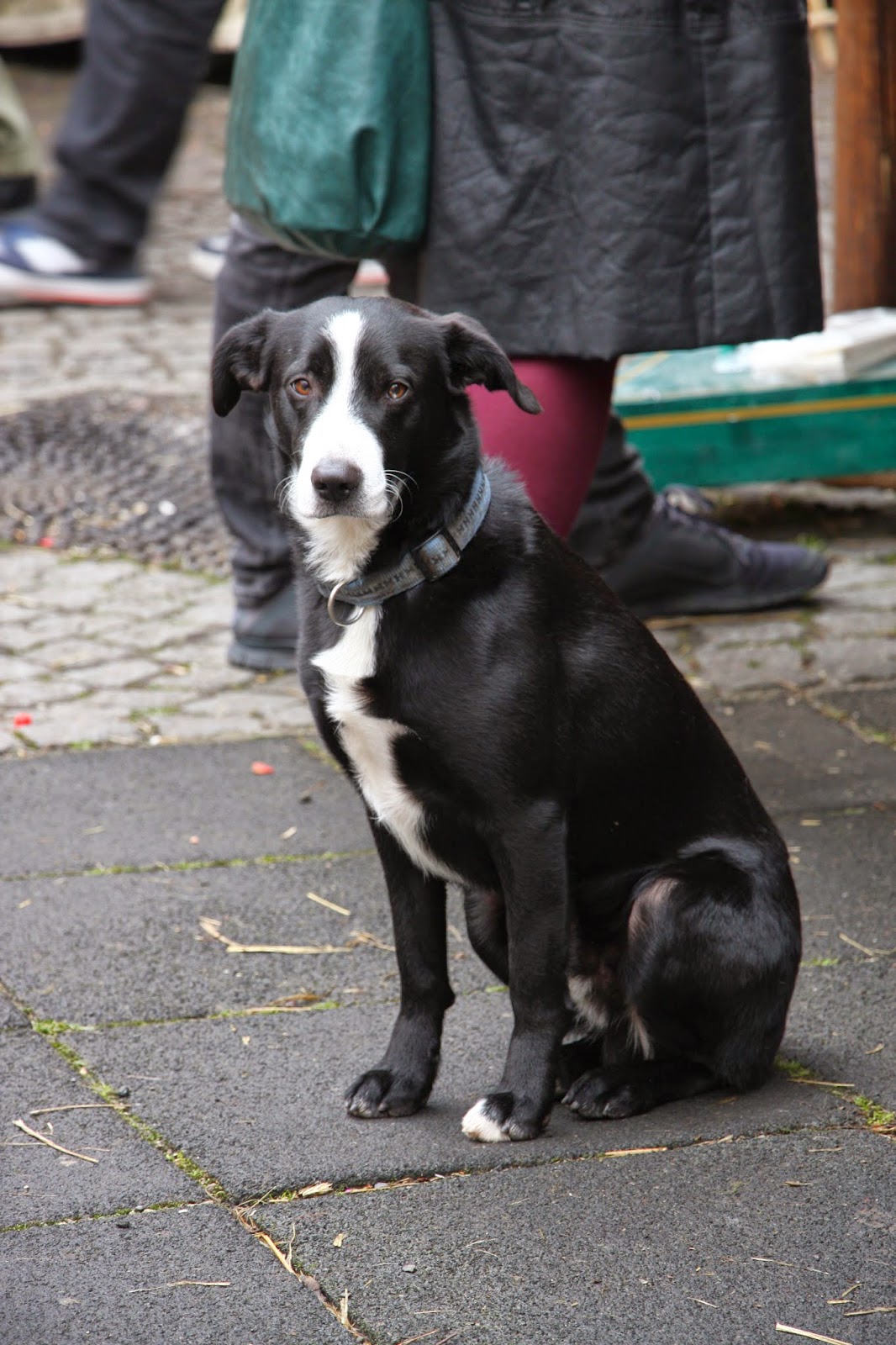 In the Mittelaltermarkt there are craftsman who demonstrate their talents, show visitors how to do things like shooting arrows and weaving ropes, and of course, prepare delicious food.


One thing we did for the first time this year is play Mäuseroulette. The woman in charge of the game was sweet, funny, very enthusiastic, and convinced us as we strolled by that we would love this game for only zwei Taler (medieval coins, Euro today)! I readily admit I enjoyed it, and I will play it again when I return. This is a picture of Karamelle the mouse (the caramel-colored blur) running into a house upon which my Edelstein is not. The lady standing next to me won, though. 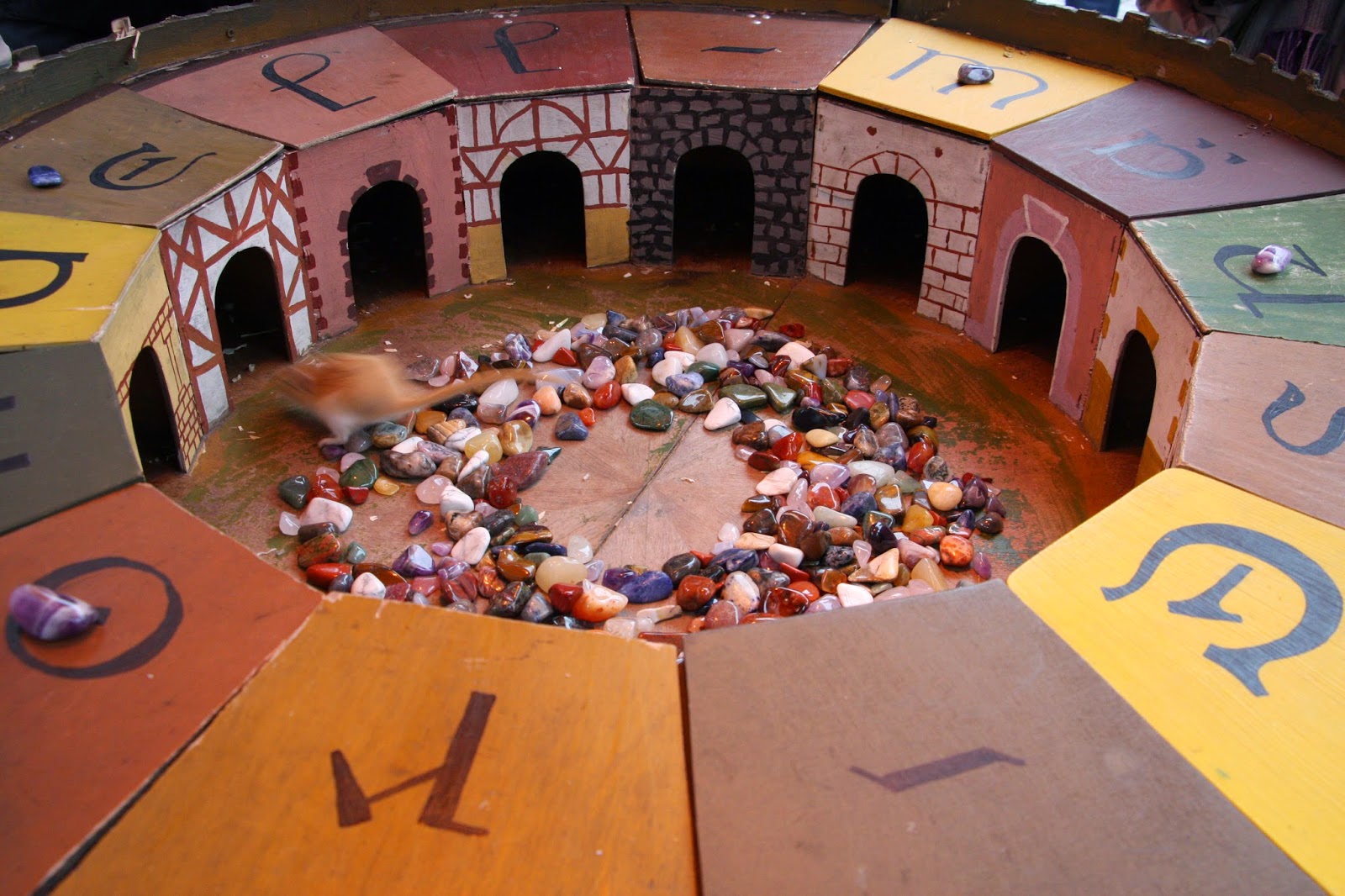 So I have some advice for those of you who are close enough to Esslingen this year or some year in the future in December:


Tomorrow we're off on a bus trip to Bad Wimpfen, where we've never been before. The highlight of our Christmas season is always the Esslingen Christmas and Medieval Market, but we're looking forward to Bad Wimpfen as well. Stay tuned!
Posted by Ami im Schwabenland at 22:23