I'm cheating a little bit with this post because we haven't been to Scotland recently. Our last trip there was in 2010, and before that we were there in 2007 and 2006 (the year we got married). However since we are considering another trip there next year, I wanted to reminisce a bit.

As I've written before, we got married on the Isle of Mull at Glengorm Castle in 2006. It was a beautiful clear day and so we had the ceremony outside on the lawn next to the castle. We had no guests at the wedding except for our two witnesses - M's mother's cousin from Edinburgh and his Austrian wife, who drove across Scotland and took the ferry from Oban to the island for the ceremony.

We stayed in a room in the castle, and this was the view from one of our windows: 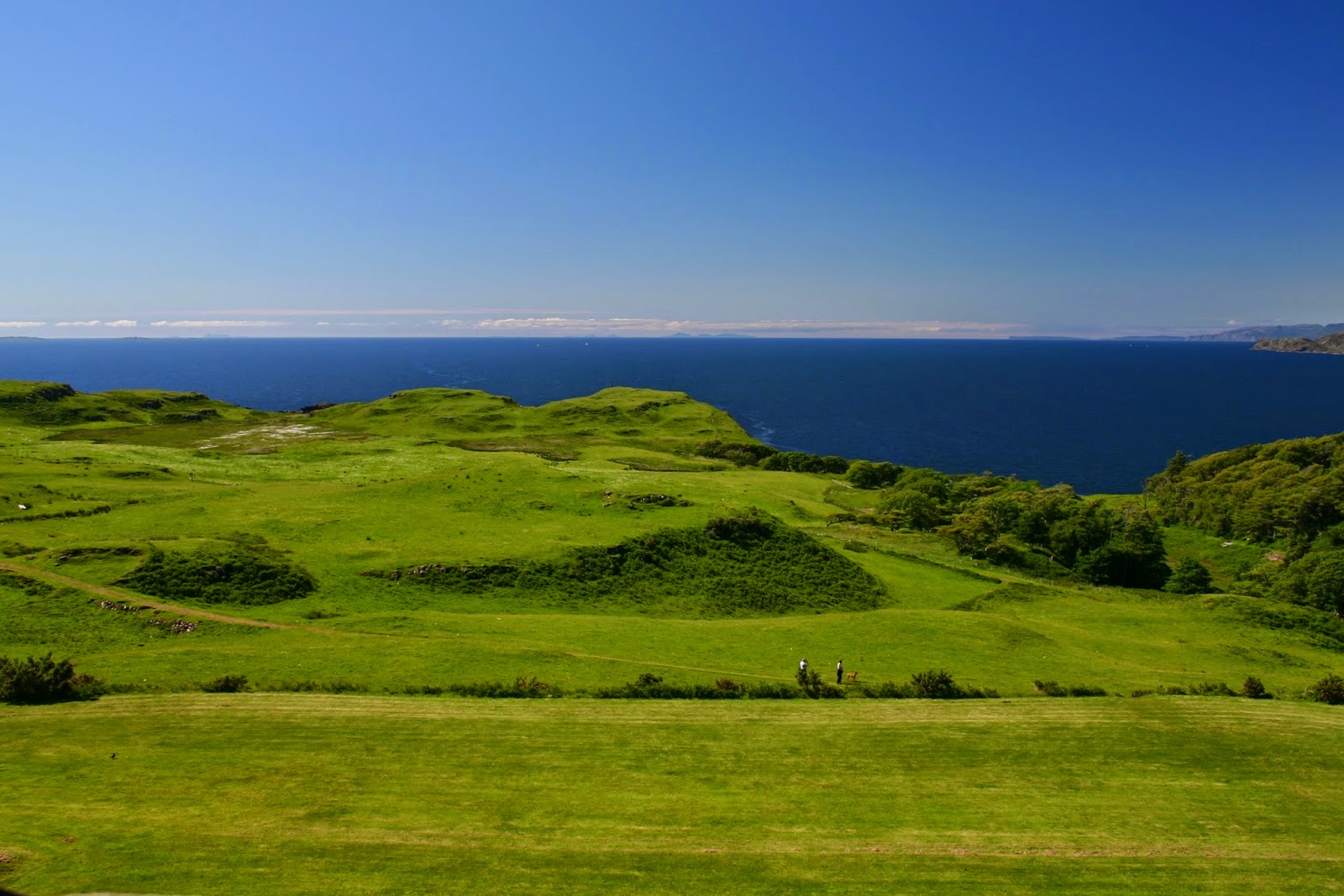 M's ancestors on his mother's side were Scottish (McDougal), and he wore the clan tartan - and wore it well, I must say!

The next summer we returned to Scotland with my two children and M's mother for an unforgetable two weeks. We spent a week on the Isle of Mull in a rustic self-catering cottage on the castle grounds, followed by a week in the highlands. While on Mull M's mother's cousin and his wife (K & B) joined us for a few days and we explored as much of the island as we had time for. 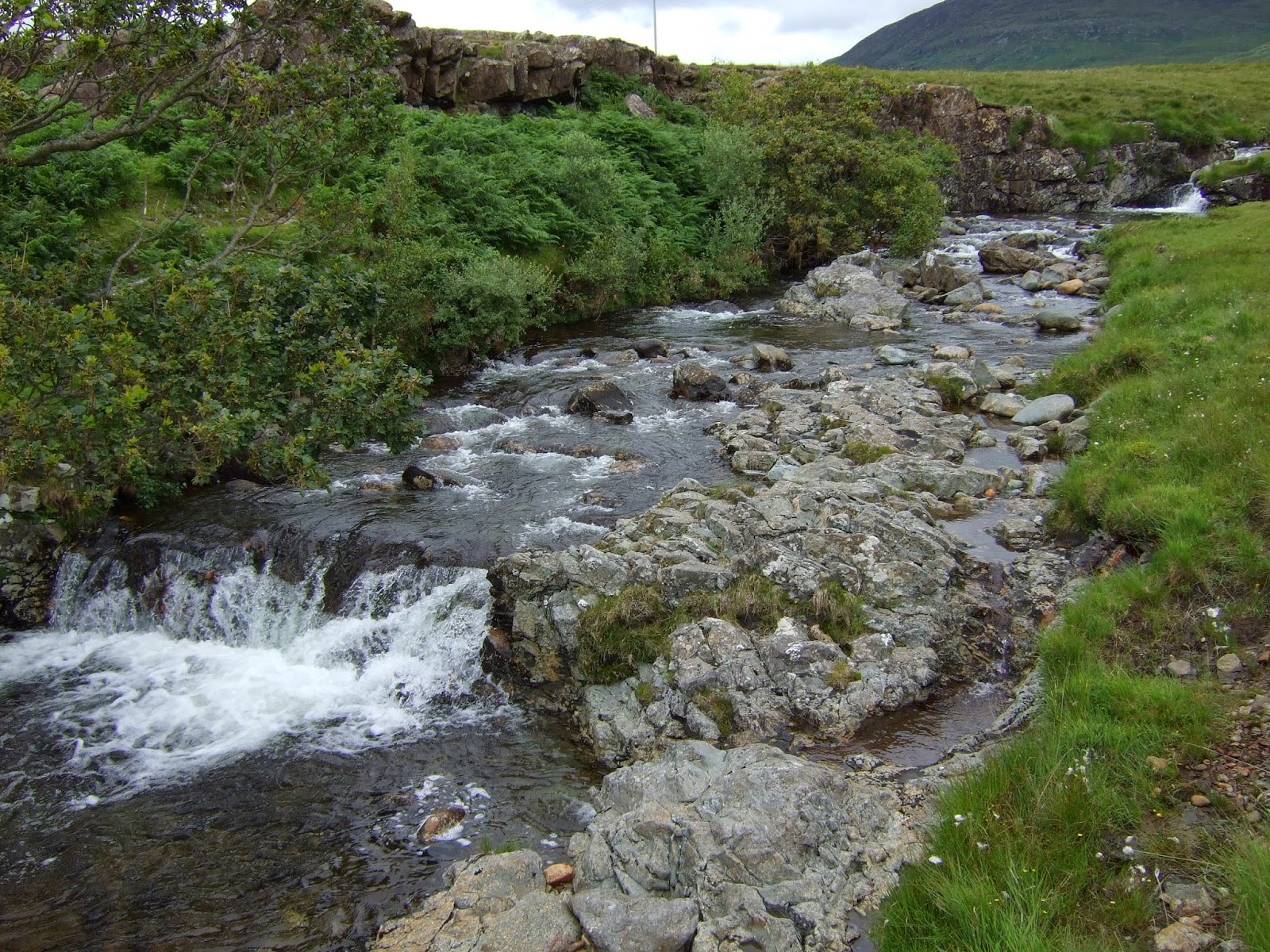 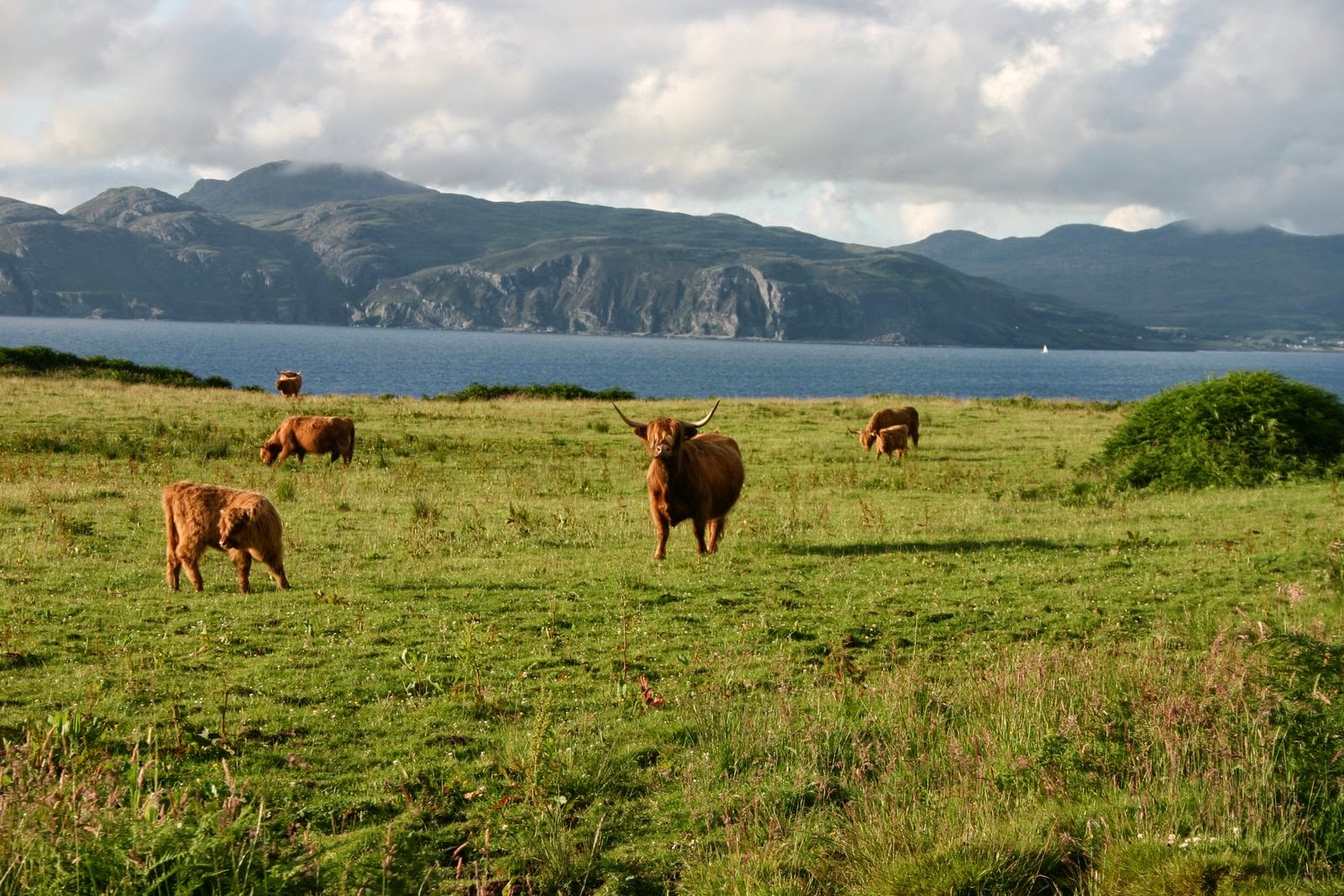 In 2010 my son decided not to join us, so it was M, his mother, my daughter, and I who spent two weeks on the isle. The weeks were filled with hikes, shopping in Tobermory and cooking in the cottage, pony trekking - an unforgetable beach ride for my daughter and me - more hikes, tons of photography, a boat trip to the isle of Iona, where Christianity came to Scotland with Saint Columba, and Staffa, an island inhabited only by a population of adorable Puffins and other wild birds. 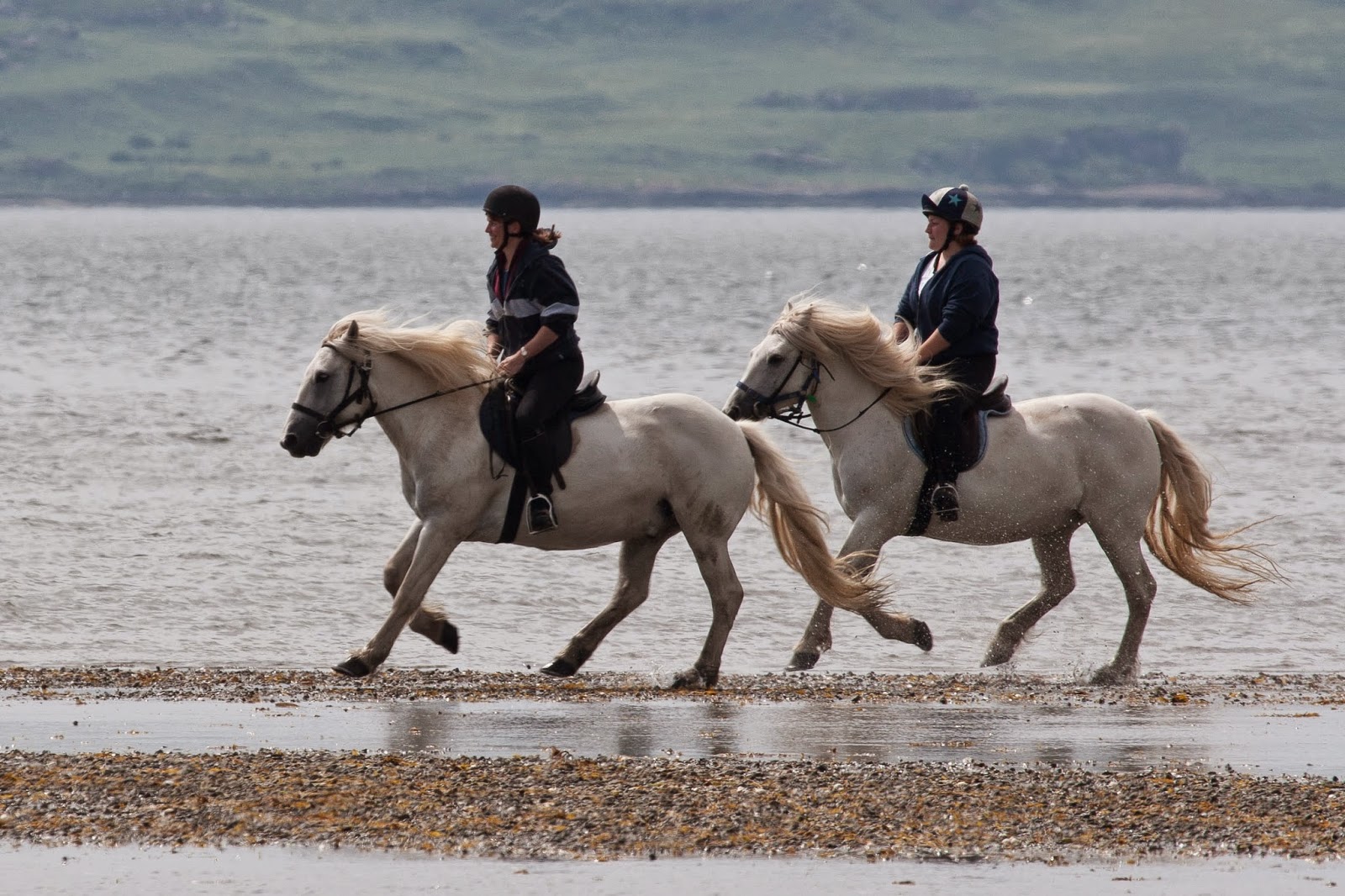 Mull is a small island with roughly 2800 inhabitants and a coastline of 300 miles. There are three castles on the island, one of which is open for tours (Duart - seen in the film Entrapment with Sean Connery and Catherine Zeta-Jones). Glengorm is privately owned and a B&B with self-catering cottages as well. Torosay Castle used to be open for tours and we saw it in 2008, but it was sold in 2012 and is now privately owned and closed to the public.

There is much more of Scotland still to see, but we keep coming back to Mull. If you like vacations consisting of being close to nature, hiking, biking, running, or riding, don't need constant action and aren't daunted by fickle weather, I can highly recommend a week or two on Mull. There are plenty of tourists there in the summer, but we had our peace and quiet, especially while hiking.

Don't miss the Glengorm Coffee Shop for lunch, where you'll find their own lamb, beef, and produce on the menu. Check opening times, because the drive out there from Tobermory is several miles on a windy single-track dirt road which can be full of potholes. After lunch take a hike out to the coast.
We are on the verge of booking our stay on Mull for next year, and I'm already getting excited. Our only remaining question is whether we'll stay for one week or two.