A mere two weeks ago I wrote about how proud I was to have dared to drive all the way from our house to my mother-in-law's house in Esslingen. In a wildly ironic turn of events, my ego was dramatically deflated when, in the mail last Wednesday I received a love letter from the Bußgeldstelle (German authority in charge of fines) of the Landratsamt (administrative district office) of the Landkreis Böblingen (county of Böblingen), informing me that they caught me speeding recklessly on the B28 (highway) near Bondorf at 10:29 on June 9th.

I am now a Verkehrssünder. That is a real German word, and it translates to "traffic sinner."

Yes, it took them two and a half weeks to get around to informing me of my crime, but give 'em a break - there were two holidays in there (Pentecost and Corpus Christi - which are both full days off here in the south) and a two-week break for Pentecost in which many families go on trips. Was I driving on the B28 on June 9th? Yes, I was. That was actually my very first drive on the Autobahn, though I didn't write about it. I drove home from the Stuttgart airport after Martin and I dropped off a friend. The mug shot was taken just after I exited the Autobahn and turned onto the highway that leads to our town.

Clearly I have to get better at seeing all signs on the roads in Germany. I surely would not knowingly speed (quite the opposite, actually - though most of this highway has a speed limit of 100 km/h, I hover between 80 and 90. That's fast enough for me.). Unlike many places on German highways and roads which don't have speed limit signs because drivers are supposed to know what the speed limit is based on the type of road they're driving on (and there IS a sign indicating what type of road it is - too bad they can't also add a speed limit sign for those of us who are mainly concentrating on not getting killed while merging), I'm sure there was a sign after I exited the Autobahn that indicated the Geschwindigkeitsbegrenzung as: 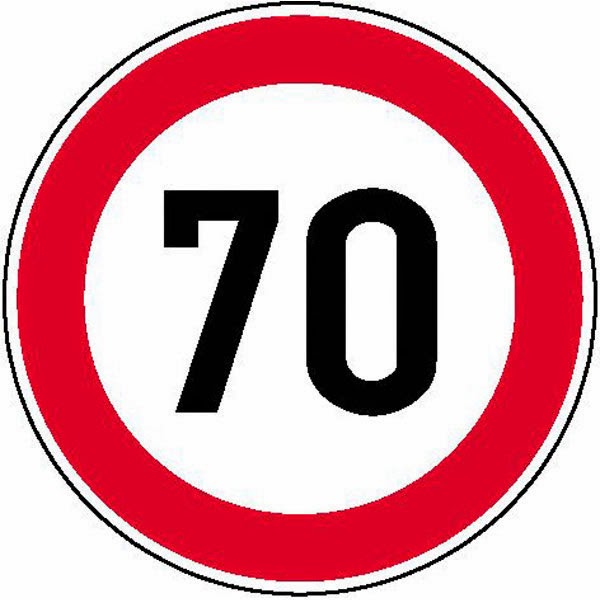 It's a sensible speed limit for an area with on- and off-ramps, merging traffic, and a turn-off to a gas station. But I missed it, probably because I was trying unclench my fists from the steering wheel after those 25 minutes on the Autobahn. They clocked my wicked ass going 79 km/h, or rather that's what they're charging me with after the Toleranzabzug (permissiveness deduction). Nine km/h is equal to 5.5 mph. Wisconsin cops wouldn't even bother with that, but then again all they had to do here was snap my picture and mail me a letter rather than pull me over, check my license and registration, write a ticket, etc.. The missive included the relevant bank account numbers of the Bußgeldstelle, to which I was instructed to wire transfer €10 within one week. (€10 = $13.31) I briefly considered mailing them a photograph of this: 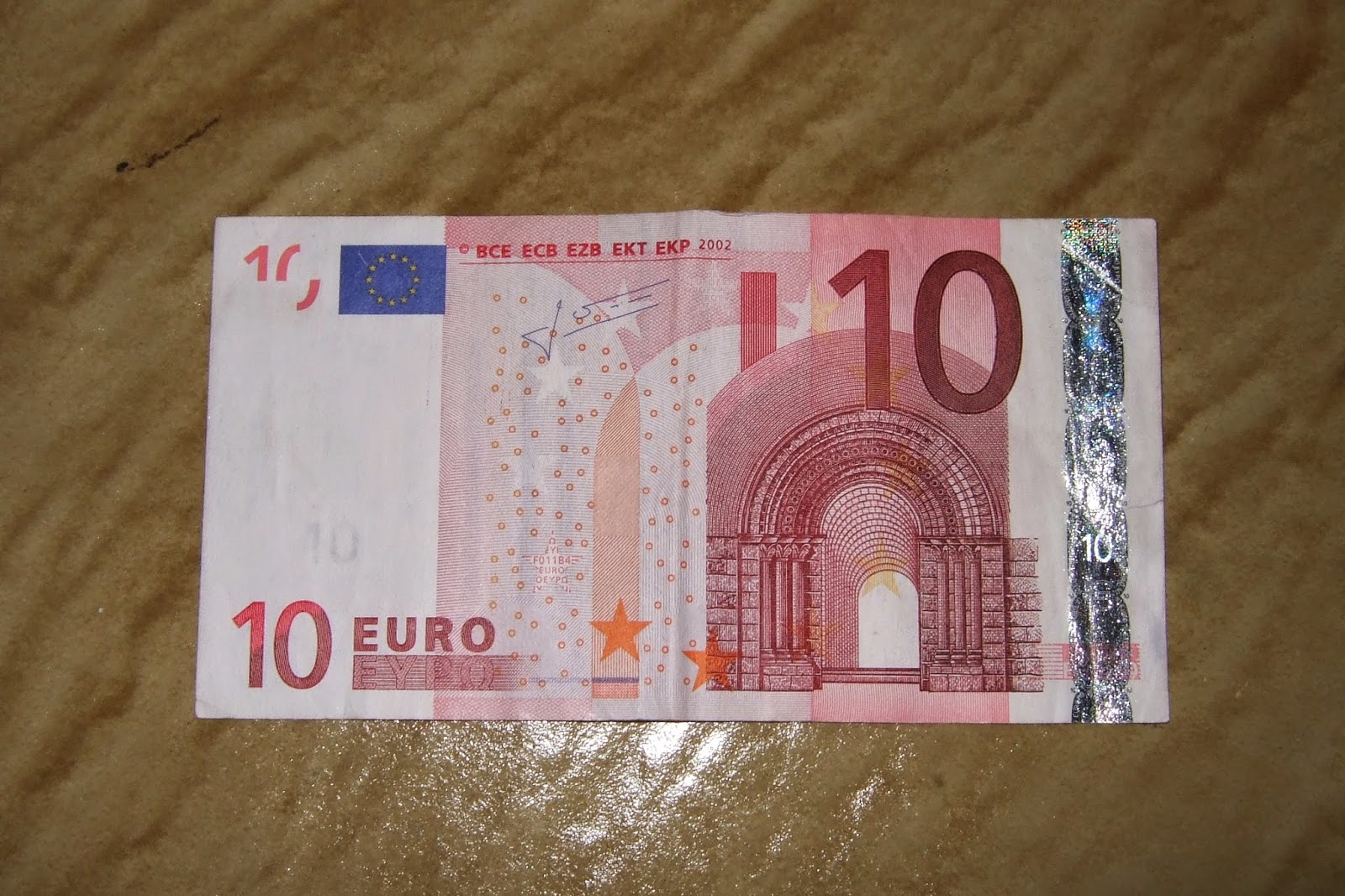 For the record, this is my first speeding ticket since 1988.

And yes, the €10 taught me an important lesson, and I will go forth and sin no more.

Posted by Ami im Schwabenland at 17:14