Language changes. This is nothing new. If you doubt me, have a go at reading Chaucer’s The Canterbury Tales in the original Middle English from the late 14th Century. Even texts written in the early years of European colonization of the Americas pose a challenge for native speakers of American English.

One change that is going on in German focuses on being inclusive of the LGBTQIA+ community. It’s not as simple as it once was (and my students would argue that it is not and never was simple), with two biological genders, the linguistic neutral, and the corresponding pronouns (he/er, she/sie, it/es). Until recently a person had only two options in German: “I am a male pilot” or “I am a female pilot,” because there was no gender-neutral word for “pilot.” That leaves out the people who do not identify as male or female. This change is less problematic in English, where most of our labels for people have no gender: cousin, pilot, swimmer, teacher, and so on. In German, however, those labels all have two forms, depending on whether the person is male or female: die Cousine/der Cousin, die Pilotin/der Pilot, die Schwimmerin/ der Schwimmer, die Lehrerin/der Lehrer. Female titles typically end with the suffix -in, and the suffix -er usually indicates a male.

In English we’ve handled changes like this, though on a smaller scale. Instead of “waitress” we should say “server.” Instead of “stewardess” we should say “flight attendant.” “Parent” and “spouse” have long been used instead of “mother or father” and “husband or wife.” This type of change is not difficult for native speakers, or at least it shouldn’t be.

In German nowadays there are several options to officially address people and be inclusive of the LGBTQIA+ community as well as cisgender men and women, none of which are perfect. There’s the Genderstern (Lehrer*innen), the Gendergap (Lehrer_innen), the Binnen-I (LehrerInnen), the Genderdoppelpunkt (Lehrer:innen) and other options fully explored in this pamphlet, which also explains the pros and cons of each approach.

Another method is to find gender-neutral words or phrases for labels and occupations. Instead of using “Studenten” for college students, people have started to use “Studierende,” which translates to “studiers” or “people who are studying.” A teacher, instead of “Lehrer” can be called a “Lehrperson” or “Lehrkraft.” The plural form is “Lehrende.” I received an invitation to an online course the other day from Baden-Württemberg’s Ministry of Culture, Youth and Sport, and the target group is “Lehrende and Kursleitende” (persons who teach and leaders of courses). 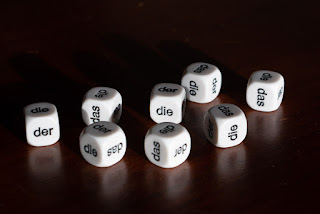 Some of these newish terms are no problem for language learners. “Lehrperson” is perhaps a bit cumbersome, but combining “lehr[en]” (to teach) with “Person” is no big deal. Both “Lehrperson” and “Lehrkraft” are feminine based on the final part of the compound word, so neither is really gender-neutral. The word “Person” certainly is, but since German requires an article for every noun which then does clearly indicate a gender, I don’t necessarily understand what is gained.

In case I need to say this again, the concept of inclusion and not linguistically ostracizing a group of people is good! I am looking at this from the point-of-view of my students, who are already struggling to learn German. I do my best to make the language as painless as possible for them.

One of the issues in teaching occupations and titles that adhere to the more inclusive language (faire Sprache) is the sequence in which German learners learn the language, following the books used in the A1 – B1 course. Traditionally, in order for a student to be able to answer the question “What is your job?” with “I am a pilot,” the student must learn:

By chapter 9, which is approximately 105 hours or 5 weeks into the Integrationskurse taught here in Germany, the student can easily say, “Ich bin Pilot” (I am [a] pilot.) Since these are adults, they usually already know their occupation title by the time class starts, so most can already say this in week one.

In this Genderwörterbuch (gender dictionary) the title “flugzeugführende Belegschaft“ is suggested for “Pilot,” which translates to “airplane-guiding personnel.” In order to understand and produce this job title, the student would have to nearly finish the 600-hour course. Why? 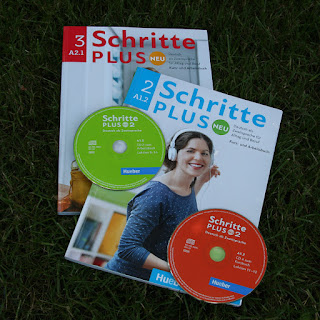 This same problem applies to the gender-neutral term for a person who is learning German: Deutschlernende. Deutsch and lernen are both A1-level words. But to understand the ending (-de), which looks much simpler than it is, the student needs to understand participles and adjective endings (levels A2.2 and B1.2). Well, for heaven’s sake just teach them in the first weeks to add -de to infinitive verbs to create titles! Ok, so "kochen" means "to cook," therefore "Kochende" would be cooks or chefs, right? But "kochend/e" is already a word, which means "boiling." And what is a notice to all “Fahrende”? One uses “fahren” (to drive) for driving a car, train, bus, etc. but also when one travels with a car, bus, train, etc. So is a "Fahrende" the driver of the bus or a passenger? Who needs to pay attention to that notice?  My point here is that if you think the issue is easy to solve, I promise you it is not.

Each of the options suggested by faire Sprache creates a difficulty for a group of people. Most companies seem to be using the Genderstern (Lehrer*innen) because the Stern includes all gender identities. But it’s problematic for visually impaired people, because the electronic devices that read texts aloud tend to ignore the symbol and the person hears simply “Lehrerinnen” or “female teachers,” which is not inclusive. For people (at least for native speakers) who are blind, the better option is using gender-neutral terms such as “Lehrende” (people who teach). But then non-native speakers may be at a disadvantage because of the complicated phrasing (flugzeugführende Belegschaft). In the 56-page pamphlet I referenced above, non-native speakers were only mentioned once as an aside – so they were mostly ignored as a group who will struggle with this issue.

German companies and publications are faced today with deciding how to handle this change. Ignore it? Adopt one of the more-inclusive methods of gendering? Mix them up and use several different ones? In one journal for Deutschlernende I subscribe to, I noticed they use the gender-neutral term in the plural when there is a fitting one (Lernende), and where there isn't they go new-traditional (Bewerberinnen und Bewerber = female and male applicants). They also used the old traditional, which is the plural form that looks the same as the male form (Arbeitgeber = employers) - all three forms within the same article.

The German language is in the process of a Sprachwandel – a language change. It’s not an abrupt change, like the Great Spelling Reform of 1996, when teachers had to stop teaching daß in favor of dass, words with three identical consonants in a row became a reality (Schifffahrt) and whether words were written as two or one became more standardized (formerly radfahren/Auto fahren are now both Rad fahren/Auto fahren).

It will be interesting to see how we are speaking 20 years from now.

Posted by Ami im Schwabenland at 18:16