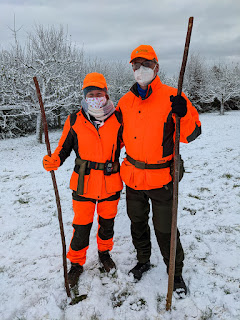 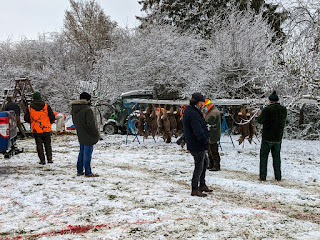 There is something about this that is enjoyable, even though the job of Treiber is not easy! Being a part of a yearly tradition? Getting to know more hunters in the area? The sense of accomplishment having done something difficult outside in the cold without breaking or spraining anything? At any rate, we’re doing another one this weekend.
1st Drückjagd (2019)
2nd Drückjagd (2019)
Posted by Ami im Schwabenland at 16:11