I have described our house in an early post, but I haven't written much about the garden. For the second time, we bought a house that was perfect for us with a rather intimidating garden and yard. I've also blogged about the German need for privacy, evidenced by fences, hedges, trees, and anything else that blocks one house from another, and the Mittagsruhe (mid-day quiet time). Keep these things in mind.

Martin hired a local landscaper last year to hack down our 7-foot hedge to about 2 feet so that it could get thick and healthy again and wouldn't be so hard for us (and by "us" I mean Martin) to trim. The landscaper gave lots good advice about caring for the rest of the shrubs, flowers, and plants the previous owner left us, which we tried to follow. Frankly, though, we still don't really know what we're doing, and so we decided to call in the big guns.

The landscaper (Herr Tö***, whom I'll just call Mr. T) returned about 30 minutes ago with an assistant and four fledglings to clean out more of the growth and trees that have not been faring very well. Martin told me they'd arrived, so I finished wiping the kitchen counter, put on my shoes, and stepped outside to say hello. They were already hard at work, sawing branches off the scraggliest trees in the yard outside my office window. No chit-chatting or pleasantries here! Grab your gloves and tools and get to work!  Granted, Mr. T had been here last week to check out the situation and get instructions from Martin, so there was no real need for pleasantries. Martin had already warned me I probably wouldn't understand him anyway, because he speaks Hessisch (the dialect in the state of Hessen).*

Our neighbor on the other side of this row of sad-looking trees, who spends a lot of time in his own garden and whom we have only met once briefly, has been prowling about in his yard snorting at the work that is disturbing the neighborhood Mittagsruhe. It isn't Saturday, after all, and yet the crew is using a chain saw, or something that sounds like one. Saturday is chain saw day around here. I would also guess that he's not happy about the rapidly growing lack of privacy between our houses. Pretty soon all we'll have is his wire fence and a few thin trees. Last summer we couldn't see through to their garden at all (or vise versa) even despite the dead patches. Now, just like the neighbors on the other side had to get used to us, we'll be greeting this one and his wife regularly as we come and go. 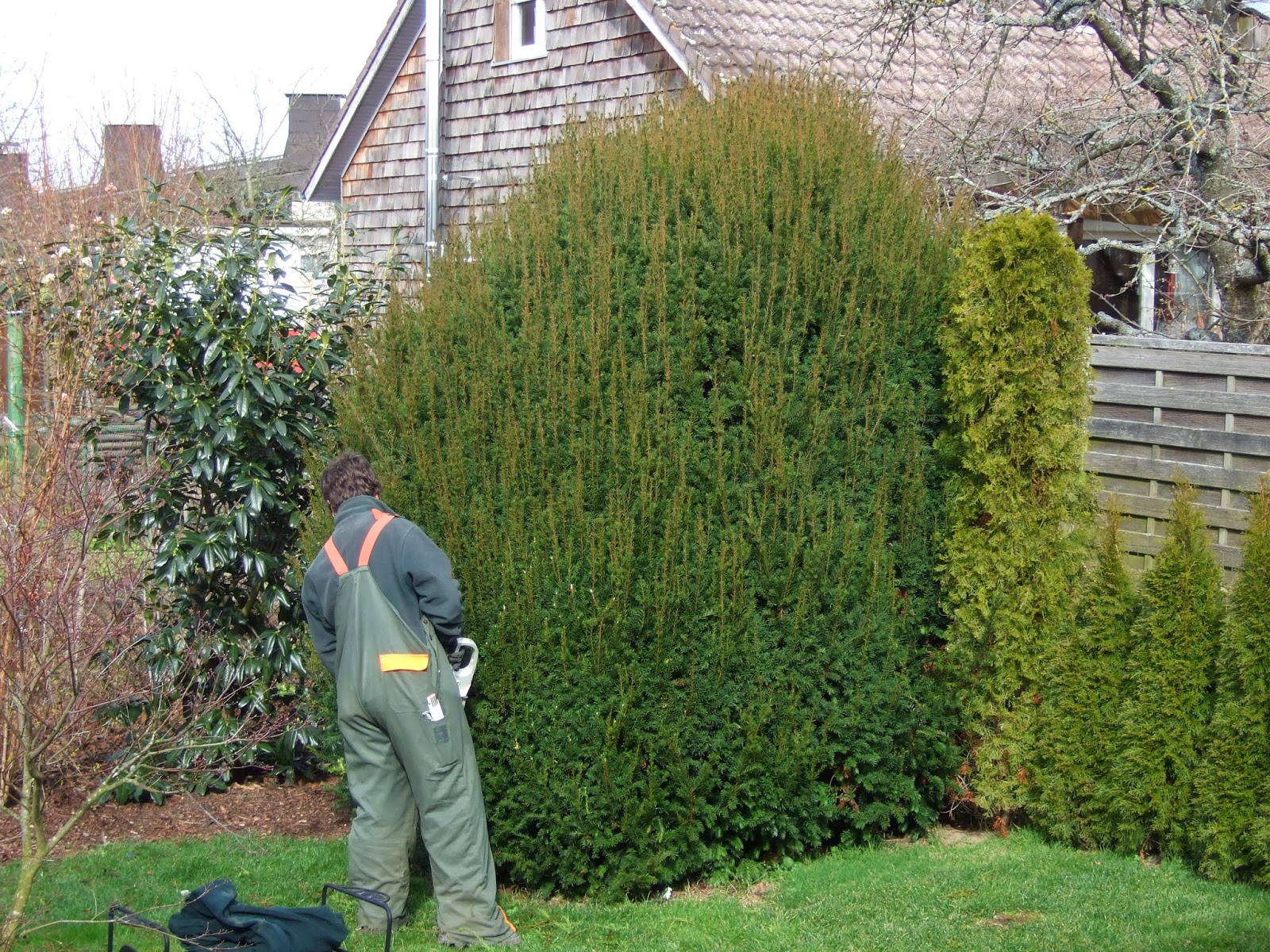 One of the lads was just standing in front of our large, lopsided evergreen bush holding an electric hedge trimmer and looking doubtful. I think he was figuring out why it's lopsided. The bush is twice as tall as he is, and even with a ladder it would be difficult at best to get the nice rounded shape that was intended.


*If I needed proof of the dialect thing, Martin and I just went outside, and Mr. T. greeted me, shook my hand, and proceeded to tell us a little about what they were in the midst of doing. Yeah, um....What?  Martin then asked him what we should be doing with the climbing roses. I did actually understand enough to hear him say that we shouldn't do anything with them, and that he would clean them up a little because they're nice and young, but "dumm verschnitten" (stupidly trimmed). Guess who trimmed them?? Good thing I never pretended to know what I was doing...  :-)


In the mean time, the lad with the trimmer did what looks through the curtains to be a great job on the lopsided evergreen, and now another youngster is snipping around, clipper in one hand, cigarette in the other, for the finishing touches. 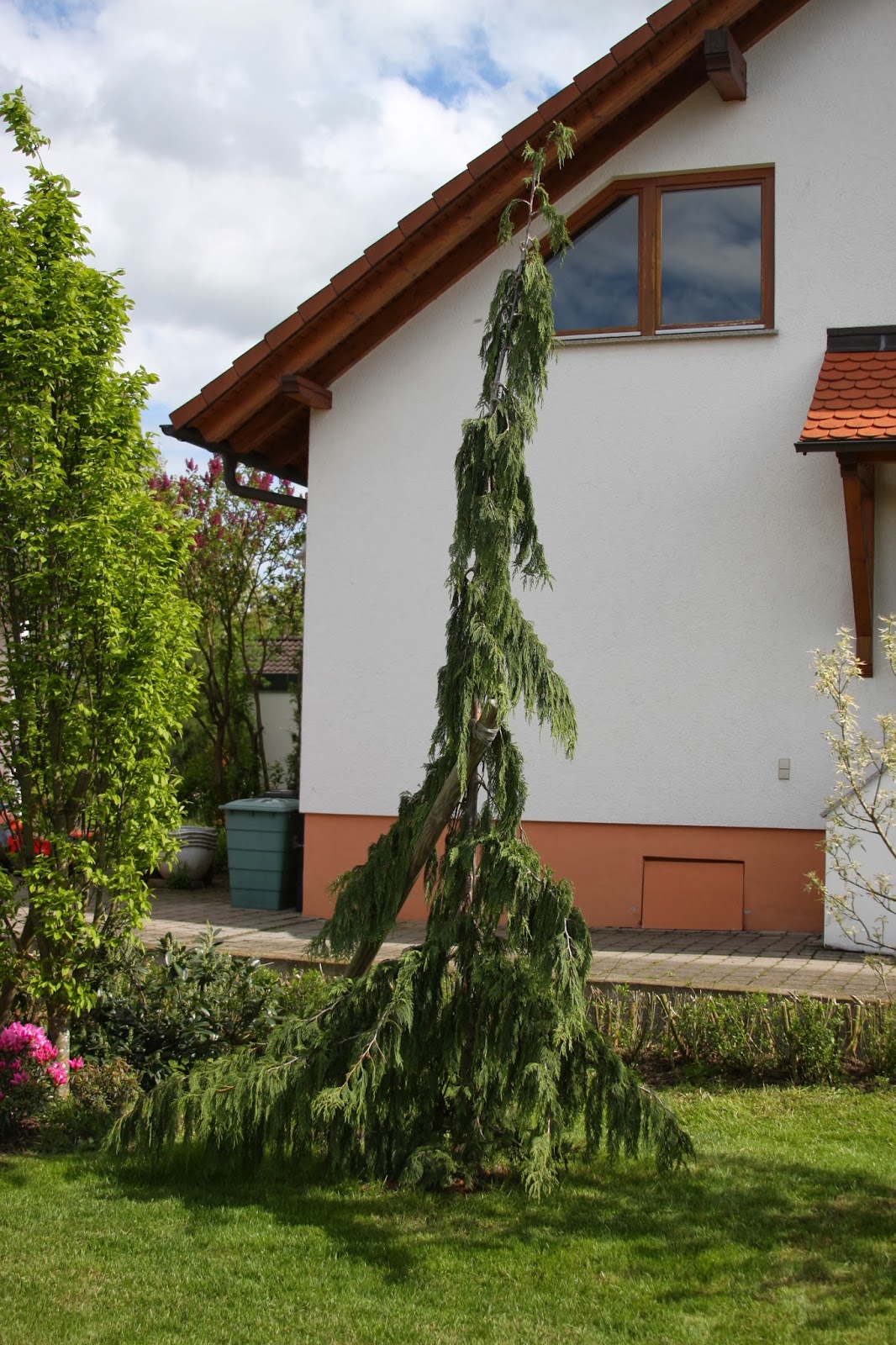 So now, when we have to start mowing again, we won't be stabbed in the eye by the ginkgo tree, gnawed in the leg by the unruly roses, or wrestled by the branches of the mostly-dead trees along the neighbor's wire fence. Mr. T said we need to water and fertilize more than we're doing, especially for special trees like our Weeping Nootka, shown here in a photo from last summer. It's a Weeping Nootka. We thought it was supposed to look like that.

As I finish writing, the crew is sweeping up the carnage and loading it onto the wheelbarrows, collecting their tools and ladders, having one last smoke while they survey their work, and probably considering their next job of the day. 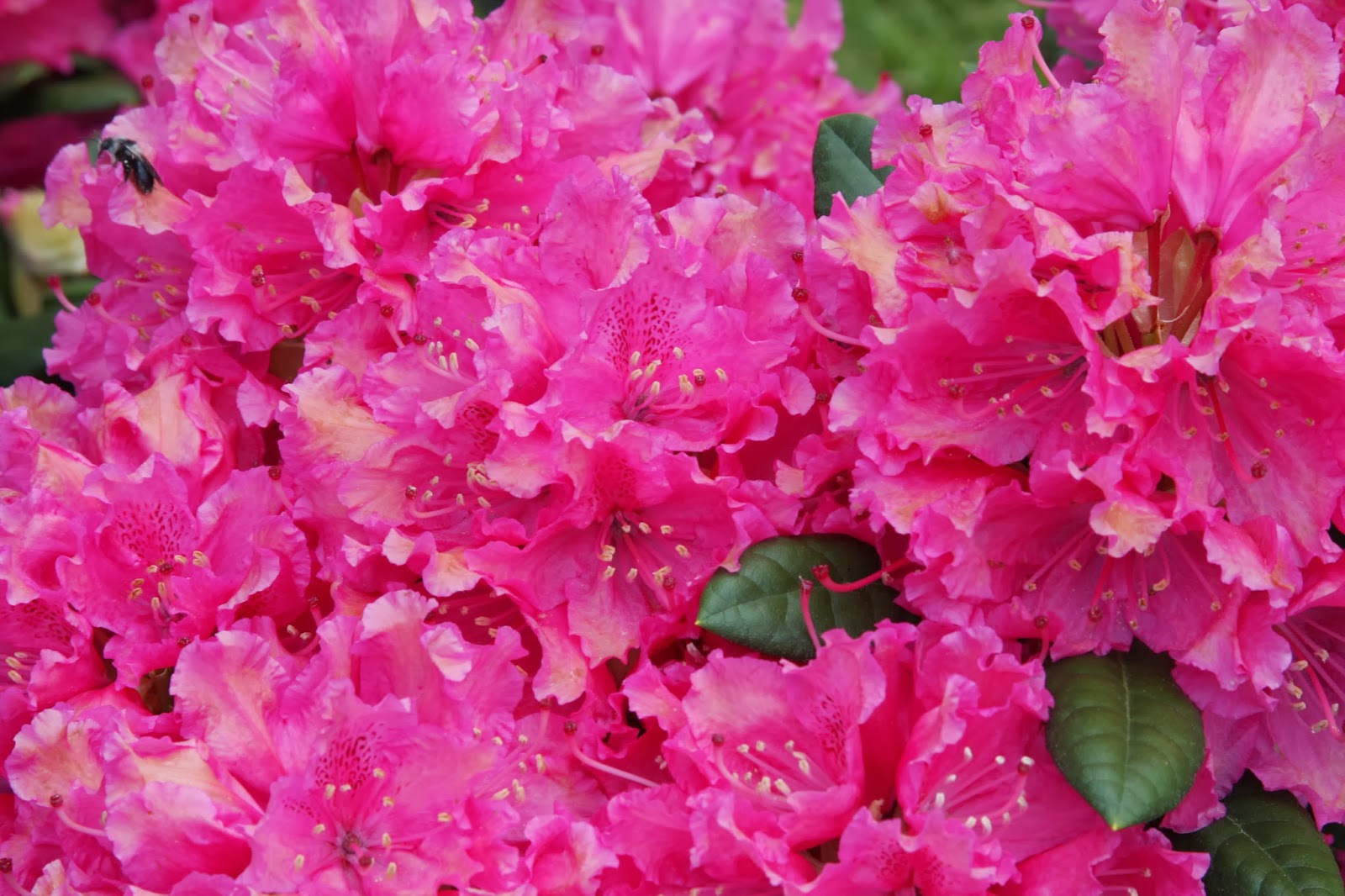 Posted by Ami im Schwabenland at 14:04

Email ThisBlogThis!Share to TwitterShare to FacebookShare to Pinterest
Labels: home