A few months ago I started teaching an Englisch-AG (basically a twice-a-week after-school ESL [English as a Second Language] class) at a school for students with special needs. I've been enjoying it a lot, although I had thought I was finished with teaching when I left the U.S.. There are ten students in the class - four in 7th grade and six in 6th grade, and they are all sweet. The other day they discovered that I had recently had a birthday, and they each got out of their seats to shake my hand and wish me "Alles Gute". They seem interested, play along with whatever I ask them to do, try hard, and want to learn.

One of the best things about teaching this Englisch-AG over teaching German 1 in the States is that there are NO TESTS! There is also no homework (although I encourage them to practice what we've learned on their own), which means I plan lessons but don't have to grade anything. It's just intended to be fun. This is great for both the students and for me! Naturally, though, a lot of the techniques I used to teach German 1 are useful again teaching elementary English.

In German 1 I always taught the alphabet using the American Sign Language finger alphabet to cue them to the next letter. That keeps everyone together like counting with fingers zero to ten - everyone knows when to say the next number/letter. I have found it challenging to keep to English while signing the alphabet after so many years of combining the signs with the German alphabet! L, M, N, and O are the same in English and German, so it's usually at P that all of a sudden I've switched to German. By now I sign the letters but don't say them unless the students falter.

I have searched online for ESL activities, games, materials, and so on, and of course there's a wealth of great stuff out there. However, every now and then I come across something that makes me stop dead and wonder WHAT ON EARTH WERE THEY THINKING??  Here's an example of a vocabulary review game I found last week:

****
"Bang Bang"
Divide the class into two teams. Explain that they are cowboys and they are involved in a duel. One student from each team comes to the front. Get them to pretend to draw their pistols. Say "how do you say..." and a word in their mother tongue. The first child to give the correct answer and say "bang bang", pretending to shoot his opponent is the winner. He remains standing and the other one sits down. Give 1 point for the right answer and 5 extra points if they manage to "kill" 4 opponents in a row."
****

Seriously?? There are so many things wrong with that game that I wouldn't know where to start pointing them out! There are tons of great ways to review vocabulary without pretend guns and killing.  Stereotypes, anyone? Cowboys? Duels? Kill as many as you can? What a great cultural lesson.  By the way, most Germans do not understand Americans' apparent obsession with weapons and citizens' right to bear them. I can only imagine the phone calls to the Schulleiter when these kids play the game at home. "What kind of a game is that?!"  "We learned it in the Englisch-AG!"  Obviously I did not choose that particular method of vocabulary review.

The same site where I found that one offers a game like Balderdash, which is a great game! We played that with my dad's parents when I was young, but we called it "the Dictionary Game", since we only used pens, paper, and an actual dictionary to choose the words. Anyway, the game requires the teacher to choose a word unfamiliar to the students and have them make up definitions. The definitions are collected and students win points for either A. guessing the correct definition, or B. other students voting for the definition they wrote. That's all fine so far. But the teacher who submitted this idea ended with "a good word to start with is 'warmonger'."  WHAT?!?  There are billions of beautiful words in the English language. Why on earth would a teacher begin with 'warmonger'??

Combine those two activities in one lesson, and you'll have students believing what they hear about Americans being gun-happy and wanting to wage war wherever they can. I would hope that most ESL teachers' "Bad Idea Filter" would kick in and they would keep looking for other fun, less violent classroom games (or words).

At the school I also have access to a set of ESL materials with flashcards, storycards, posters, books with lesson ideas, etc.. They are a little juvenile, but the students don't seem to mind and it is SO much better to teach with pictures and the new language rather than translating with German words. So this weekend I'm preparing a lesson on "Family". [I am trying to ignore the fact that this lesson is entitled "Me and my family."  ARG!! DO NOT EVER say "Me and..." and for heaven's sake, don't teach it!!]


In this folder there are a bunch of flashcards without words on the back explaining the intent of the picture. Most of them are self-explanatory: 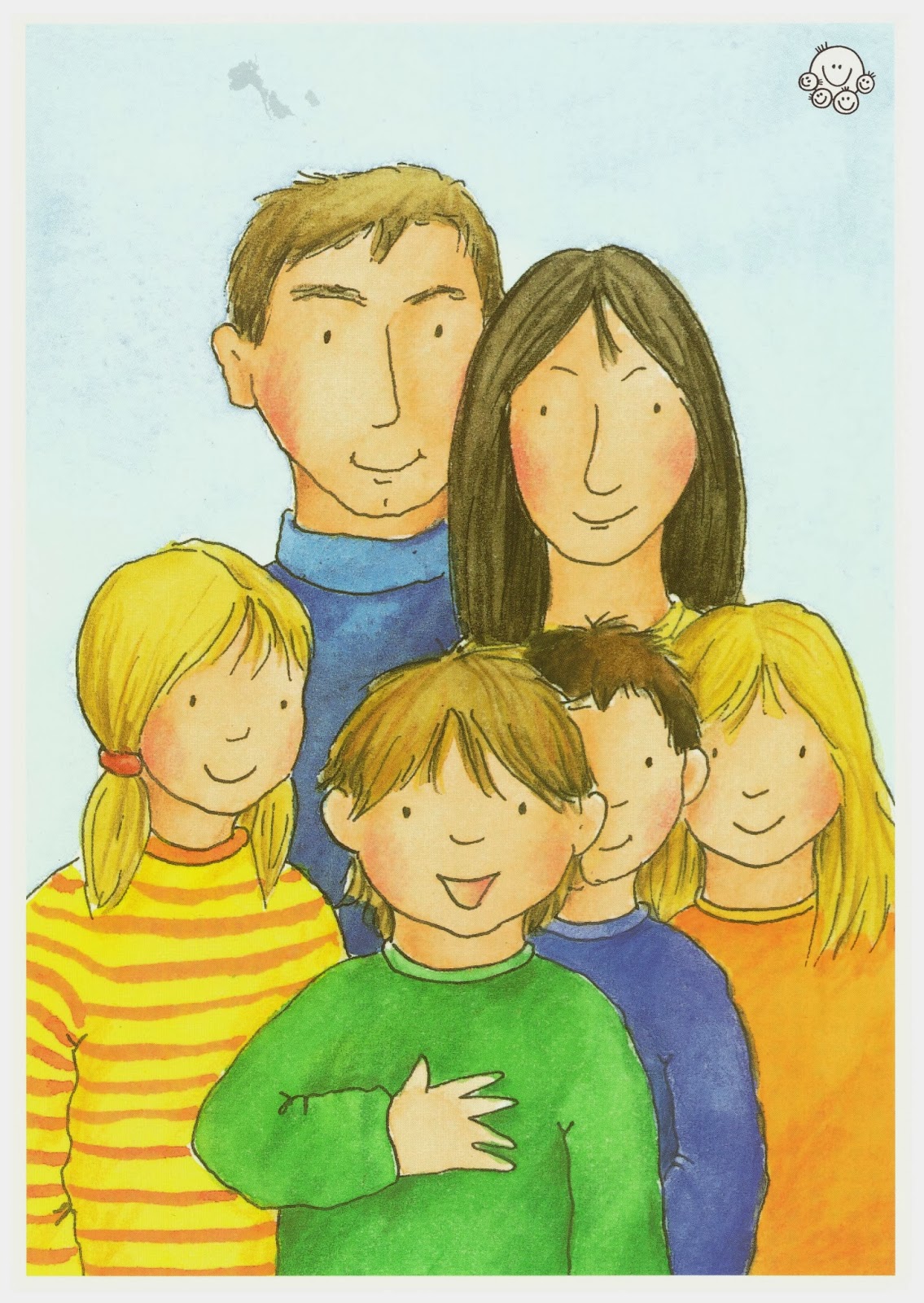 Aww, what a nice family. Mother, father, sisters, brother, son, daughter, husband, wife... Naturally they and all the other family members on all the cards are white, and apparently middle class and happy. There are cards for several types of families: mother with kids, father with kids, multi-generational...and all pasty white. Ok, fine. The pictures are good enough for the basics, and I can also find other pictures online.

But in leafing through the family flashcards, I came across this photo (no explanation): 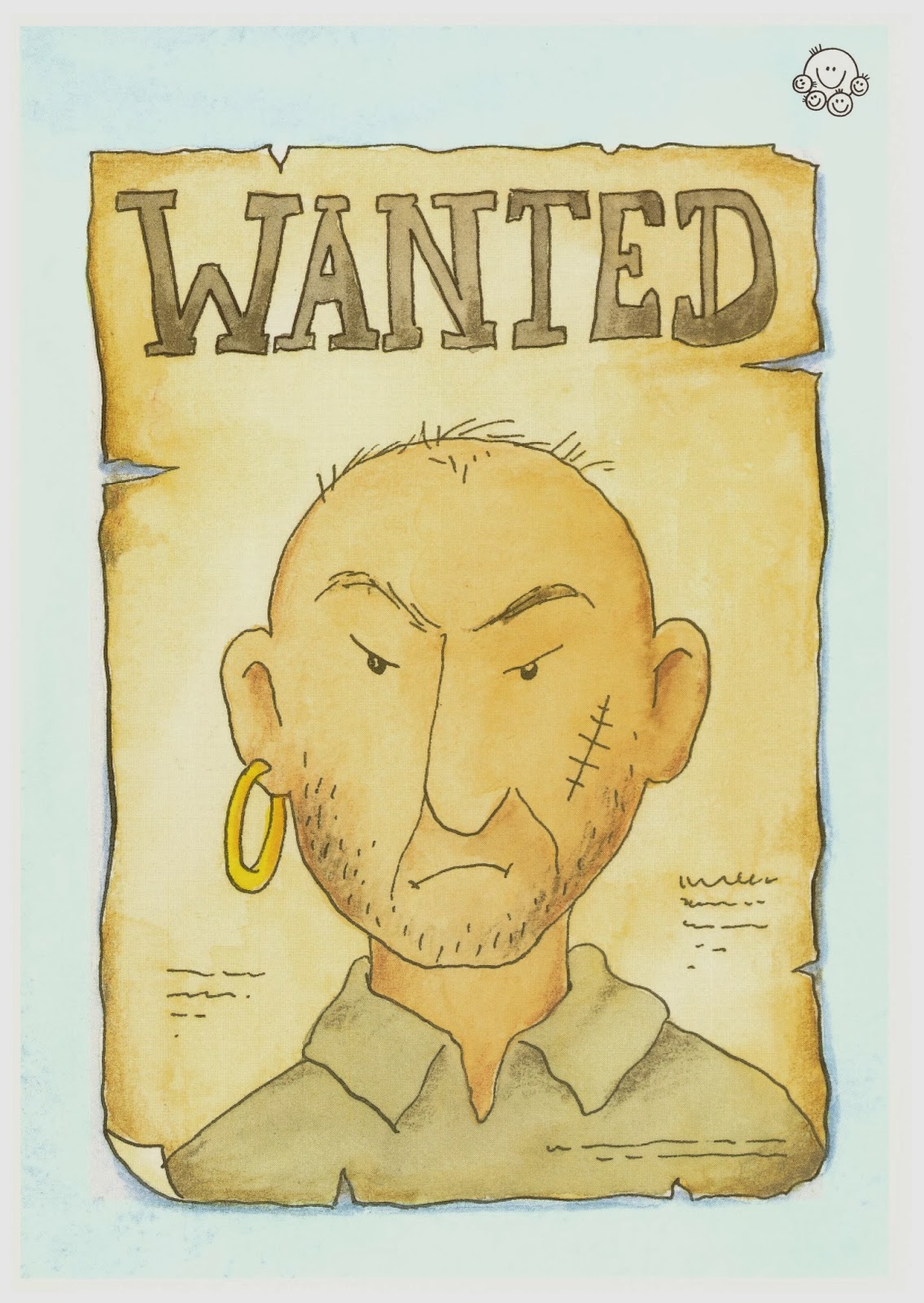 I decided to call him Uncle Frank. Every family has one of these, right? I could really expand their vocabulary: 'on the lam', 'manhunt', 'restraining order', 'arrest warrant', 'slammer'... Hey! Then I could review the vocabulary, and instead of shooting each other with their finger pistols, they could shoot at Uncle Frank! The student who gets him between the eyes WINS!

For the record, I AM KIDDING...

One of my favorite methods of vocabulary review is a game I learned from my students in Wisconsin. It's a very simple game, but we have had a lot of laughs over the years while playing it. It's called Around the World. One student stands up next to a seated student. I turn over a card with a picture or a word in the native language, and the students have to quickly say the word in the new language. If the standing student says it first, he moves on to the next seated student to challenge her. If the seated student was faster, she moves on and the student who was standing sits in the newly vacated seat. The student who makes it all the way around to his or her original seat wins. No shooting, no killing, no weapons... I haven't tried this one with my new students, but I will soon. I think they will enjoy it as well.
Posted by Ami im Schwabenland at 12:40