Dining in Germany I: Ordering

Dining in a restaurant in Germany can be an incredibly enjoyable experience. You wouldn't think that there could be many differences between dining in Germany and dining in the States - you sit down, order something to drink and eat, chat with your pals or family, eat your meal, pay, and leave. Simple enough. There are, however, major differences, and knowing what to expect when traveling abroad is helpful.

Keep in mind that in Europe people dine, rather than eat-and-run. You will not be rushed by your waiter, and in fact more likely you will feel that the whole process is agonizingly slow. If you are in a hurry, it would be best to tell your waiter that at the beginning. It might not make any difference, but at least there's a chance he'll be more attentive.  If you have to catch a train in an hour, do not go to a sit-down restaurant. Find a cafe or a kiosk and grab something to go.

Restaurants in Germany almost always have their menus posted outside, so as you're walking past you can have a look first and see if the choices appeal to you. Prices are usually listed as well, so you can determine if you have enough cash. If the prices aren't listed, the general rule is "If you have to ask their prices, you probably can't afford to eat there."  There are some fine restaurants here, and although your belly won't regret your selection, your pocketbook might.

So you've selected a restaurant.  First of all, unless you have made a reservation, you generally choose your own table in Germany. Do not sit at a table marked as "reserviert" or "Stammtisch", however. "Reserviert" should be obvious, and the "Stammtisch" is for regulars who come every week (sometimes every day) and sit together to enjoy a beer and small meal while they solve the world's problems.  If you are dining alone or with one other person and the restaurant is pretty full, it is perfectly acceptable for you to go to an occupied table with a free seat or two at one end and ask "Ist hier frei?" Germans will welcome you to sit down and will generally leave you alone without chatting you up with smalltalk.

If you are in a touristy town, the restaurant will likely have an English menu (Speisekarte) available to you upon request. If the waiter hears you speaking English, he'll offer it before you ask.  If you plan to visit smaller towns, it would be a good idea to know the German words for any foods you are allergic to or strongly dislike.  It is common for the waiter to ask what you would like to drink as he hands you the Speisekarte, so it helps to be prepared.

Caution! "Water" is not free and will be carbonated unless you ask for still water ("Stilles Wasser"), which is plain bottled water.  You will not get ice in your beverage, but it will be cold enough. Refills are never free.


One of the biggest differences you'll notice when ordering your meal here, is that the waiter does not bombard you with a barrage of follow-up questions and options. If you order the Zwiebelrostbraten mit Bratkartoffeln and a salad, that's what you'll get. You will not be asked which type of potato you want. If your meal comes with a potato, the type will be listed on the menu. A side of sour cream is not an option, but if the waiter knows you're an American, he'll assume you want ketchup. If you're having a salad, there are no dressing choices - the restaurant has one house dressing. Soup is always ordered separately, and the types of soup available are listed in the menu, so please don't ask what kinds of soup they have. The only question you might get from the waiter is how you'd like your beef cooked, and he will understand your English answer (medium, medium rare, etc.).

Breakfast is even more stressful. My mother-in-law once tried to order two eggs and toast at Country Kitchen.
"Two fried eggs, please."
"How would you like them?"
"Fried, please."
"Sunny-side up, over-easy, over-medium, or over-hard?"
"Just fried."  (in Germany a fried egg is just fried, I think sunny-side up)
"Toast?"
"Yes, please."
"What kind?"
"Toasted."
Rapid-fire now: "white, whole wheat, rye, Texas toast, multigrain, or sourdough?"
"Whole wheat, please."
"Buttered?"
"Yes, please, and coffee."
"Regular or decaf?"  (This is a question I've never heard asked in a German restaurant.) 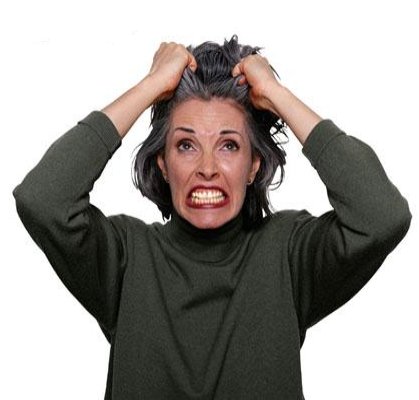 We Americans are used to those questions and we expect them. It's nice to have a variety of choices of potato, depending on our mood. We like being able to select which dressing we'll have on our salad, and we know what we like and don't like. German chefs, though, have already decided which potatoes go best with which dishes, and they've created a delicious homemade dressing that compliments the salad.

Incidentally, you can find different dressing choices in grocery stores in Germany - but French is nothing like the French dressing in America and it's creamy white instead of red or orange, there is no Ranch, the Italian is not as tangy, and you probably won't find fruity flavors, like raspberry, in vinaigrette. You will find Thousand Islands (yes, spelled with an -s - makes more sense, doesn't it?), and interestingly there is an American dressing here, which doesn't exist in America.

When you're dining in Germany, consider the local specialities. Swabian cuisine is a little different from Bavarian, which is a lot different from northern cuisine. There's a good deal of fish in the north near the North and Baltic seas, but not in the south except near the Bodensee (Lake Constance). Swabians love lots of sauce, so if you're one of those people who doesn't like your sauce touching your vegetables, you might be in for a surprise. In general, German food is hearty and filling, and you will not leave the restaurant hungry. The portions tend to be quite large, so you might want to inquire if they offer a "kleine Portion" (klein means small). Most menus also have a section called "für den kleinen Appetit", where the portions are automatically smaller.

After you've ordered your meal, sit back, sip your beverage rather than guzzling it (because again, refills are not free), and relax. Your food should arrive within a reasonable amount of time.

One more note: For lunch, which is often the main meal in Germany, start looking for a restaurant around noon or 1:00. Don't wander around shopping until 2:00 and then expect to find a place serving hot meals. Sure, you might find one - especially in the touristy towns - but many restaurants close as of 2:00 or 2:30 until dinnertime.

On to Part II: Finishing up
Posted by Ami im Schwabenland at 11:44