A college acquaintance of mine posted this listy thing on his social media page (albeit without explanations), and I thought it was an interesting topic to ponder. Nine were relatively easy to think of, but I had trouble coming up with a tenth. I don't do the tagging-other-people thing, but if you're a blogger and decide to give this a shot, let me know and I'll come and check out your list! Otherwise go ahead and put some of your answers in the comments.

So here we go. But first a Steinkauz to set the tone. 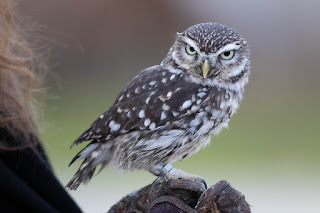 You might have to be from Wisconsin to know these, but "brats" (short for "bratwurst" though they're nothing like German Bratwürste, which I also don't like much) are hugely popular there, especially at "brat frys," which are held pretty much every weekend somewhere from March or April through September.

I don't like masks or costumes that include concealing the face. Masks worn for Covid-19 are a different ballgame - those aren't for stupid fun and silly games. I also don't think it's a good idea to have children beg for candy from stranger. Haunted houses, Halloween decorations, horror movies, costume parties...just none of it. Thank God it's only one day of the year.

I know I'm missing lots of obvious hints as I'm reading and I want to know what those are to get the most out of the book. So generally I skip to the end after the first chapter to find out who did it. That defeats the purpose, obviously. I don't want to be tricked and misled by the writer while I'm reading a book.

I actually don't like any broth soup. It doesn't matter whether I'm sick, or cold, or need comfort food - broth soup is just not for me. It also doesn't matter what's in it - noodles, chunks of chicken, corn, vegetables, all of the above... I like homemade cream soups and tomato soup, just not broth. 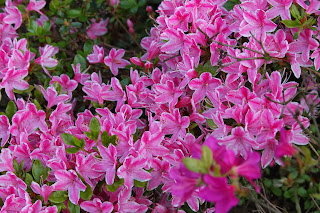 There was a time, the first year or two after I moved to Germany, when I did sort of enjoy gardening, so "never" isn't exactly true. But lately it's just a chore to get over with. Weeding, planting, clipping, etc., aren't the worst chores I can imagine, but I'd rather wash windows.

That is not chocolate, it's brown hazelnut spread. And even if it were chocolate, chocolate does not belong on my bread. It is an understatement to say I do not like the taste of hazelnut. Many a good ball of chocolate (such as in an Adventskalender) has been ruined for me by hazelnut filling. Blech.

I'm a 10-finger typist. I need a keyboard. Those short message things are for me strictly for near-emergencies or short schedule notices ("Train delay, arrival now 13:35"). Even typing something like that takes me longer than it should because I have to keep correcting my mistakes. It first looks more like this: "Tfaun deöay, attival noe 133:35."

I don't like being cold. I don't like being wet. Cold and wet is the worst, so being out in snow and winter is one of my least favorite things. When I was young (teenager and younger) I remember enjoying cross-country skiing - until I got cold and wet. I quite like southwestern German winters, though it does rain a lot. There's just not the layer of ice and snow one has in Wisconsin for months, making driving treacherous. It doesn't get very cold here, which is probably "thanks" to climate change.

This might come from my having to march in so many when I was a kid. Labor Day, Memorial Day, Fourth of July, Homecoming... I was either in the school marching band pretending to play my flute because I never memorized more than the first 7 notes, or marching in my silly brown or green uniform with the Brownies or Girl Scouts waving at throngs of onlookers for what felt like a 25-mile hike on concrete. Spectating is even worse because of the crowds of people and screaming kids. No thanks.

I still remember my first beer - in Esslingen during the exchange when I was 17. I ordered it at some dance or party we were at because I could, and after my first gulp I choked back a gag and secretly wondered why the hell anyone would drink that willingly. I'm sure I tried to play it cool as I also later did in college, but that stuff is nasty. On a scorching hot day after some physical effort or exercise I can enjoy a Radler - beer mixed with Sprite or something similar - but otherwise, no.

In case this came across as too negative in these already trying times, here are ten things I like very much!