I promised in a post from last month that I would come back and write more about Knigge, focusing on travel. As it turns out, my flights to and from Newark, NJ (USA) to visit my kids in Pennsylvania weren't as bad as expected. However, looking through Silke Schneider-Flaig's book about German Knigge and reflecting on my own experiences did give me a few ideas.

So here we are for Part 2. Some of these are from the Knigge book, and some are my own pleas tips. 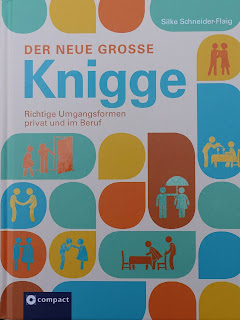 At the Check-In & Security 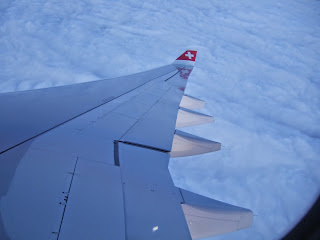 Honestly, everything regarding Knigge for travelers boils down to keeping calm and not causing problems for those around you. For this you need a healthy dose of self-awareness as well as acknowledgement of people around you.

One final tidbit of advice: WASH YOUR HANDS whenever you have the chance. On my flight home last month I saw the 10-year-old kid across the aisle from me sneeze a goober into his hand, and since he was too proud to ask his mom for a tissue, he wiped in on his seatbelt that was dangling into the aisle. As fate would have it, his dad wanted to switch seats with him for landing. They did, and the goober ended up on Dad's hand. At least it stayed in the family.

One of the many morals of that story is that you never know what filth has been on the things in the plane you have to touch. The cleaning crew does their best in a very short amount of time, but they cannot possibly disinfect everything you will have to touch. It really isn't that much of a mystery why people commonly get sick with a cold or the flu after flying...

What etiquette tips do you have for international flights??

Posted by Ami im Schwabenland at 15:57

Email ThisBlogThis!Share to TwitterShare to FacebookShare to Pinterest
Labels: travel