I feel like this month was mainly about teaching, and while that's a high because I really do enjoy teaching these students, there's not a great deal else to write about. I think I can muster up a few highs and lows, though, so here we go. 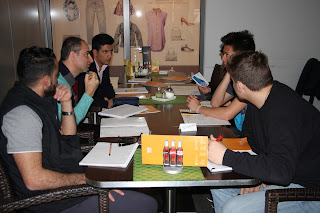 
Some cool things are coming up in April and May, and since I'm not actively teaching - my next Integrationskurs will probably begin at the end of June - I may have more time for blogging! Spring is here, and my goal in the next few weeks is to get outside more!

Have a great April!