It's the last day of June, and therefore the day I recap the month. The last month of school in Baden-Württemberg starts tomorrow, whereas school ended in Wisconsin in early June. The German students moan when I tell them American kids get three months off for summer, when they get only six weeks. We have to appreciate the longer and more frequent breaks during the school year, but in the end German students still do 220 days of school every year to Wisconsin's 180. 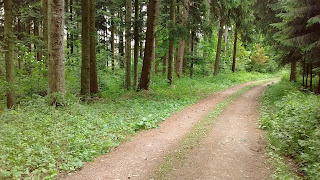 That's actually it. I've got some exciting things coming up in July:

I hope you've had a good month and will find plenty to enjoy in July.
Posted by Ami im Schwabenland at 15:21