In the U.S., one can tell which state a car is from based on the license plate. That can make for fun "Car Bingo" games for kids on long road trips, and it provides a reason for why another driver is driving so irratically.  "Well, no wonder. He's from Illinois!"

In Germany, one can tell what city or county a car & driver are registered in based on the license plate of the car. This gives passengers, who want to distract themselves from the speed their husbands are driving, something with which to occupy their minds.  "Oh look - there's a car from Esslingen!  And there's one from our area!"

The first one, two, or three letters on a German license plate indicate where the car's home is. Typically, the larger the city, the fewer the letters. Berlin is B. Stuttgart is S (and cheeky residents like to pay extra to choose the next letters - EX, followed by several numbers). One notable exception to the "big city, one letter" theme is Hamburg, whose license plates are HH, for Hansestadt Hamburg (indicating it was in the Hanseatic League back in the Middle Ages).  Esslingen, which has a population ca. 93,000, has the code ES on its license plates, and I still get a warm fuzzy feeling everytime I see a car from there.  One gets good at figuring out what the various codes indicate.

Since we live in a very small village near a very small town, we don't get our own code. We have to go with FDS, for Freudenstadt, which is the capital of our county. That abbreviation felt a bit awkward at first, since that was the common abbreviation of a feminine product sold and advertised when I was young.  I got used to it, though, and whenever we're traveling out of area and I see an FDS license plate, I get a homey neighborly feeling. 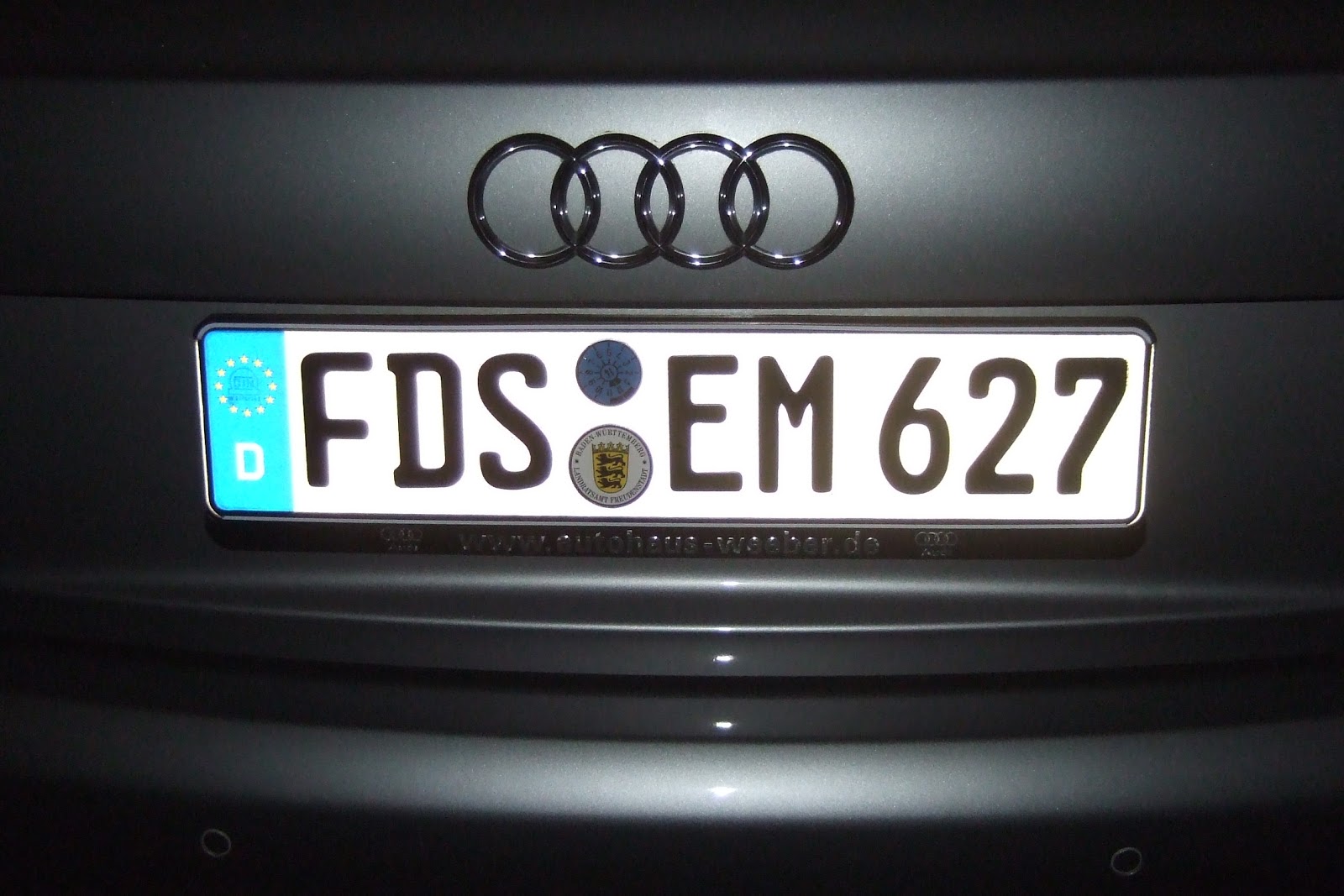 That's Martin's license plate.  You already know what the FDS means.  The EM is for Elizabeth & Martin, and the numbers indicate our anniversary in American date format. That's supposed to help him remember each year.  The blue bit on the left has 12 yellow stars in a circle (the symbol of the European Union) on the top, and a D for Deutschland below.

Recently a decision has been made that folks living in Horb can have their own license plate code again!  Old-timers are thrilled because they can reclaim their identity and not have to ally themselves with those city folk in Freudenstadt. Newcomers can claim their allegiance to Horb and assimilate more quickly. There is much excitement about this decision, but changing to the new plates is optional.

I think we'll stick to FDS.
Posted by Ami im Schwabenland at 19:04